Those who dislike graffiti and Gauls, this one's for you. Lawmakers here and in Boston this month are happily tossing around a 25-year-old French graffiti artist named Maxime Bezat (aka "RASK") after he allegedly tagged up train cars in both cities. "He’s not leaving the country any time soon," a source crowed to the News yesterday. 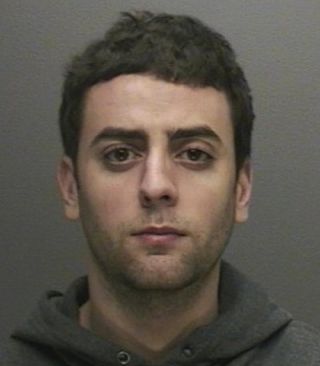 After getting tipped off he was visiting a girlfriend in New Jersey, authorities arrested Bezat at Newark airport earlier this month before he boarded a plane back to Paris. His computer and passport were seized and he was quickly shipped up to Boston where he did a short stint in jail and paid a fine for tagging a train there. Then he was sent back to the Big Apple, where things are not expected to go as smoothly for the 6' frog.

Here Bezat currently faces two felony charges of vandalism and is expected to have more charges added to his docket soon (NYC Transit investigators are franticly going through their records to see what else he might have tagged) . Since the MTA takes a zero-tolerance approach to tagging, Bezat's work was reportedly quite expensive to deal with. Not only were the cars he hit taken out of service until they were cleaned but doing so costs the MTA $1,400 a pop, according to the Brooklyn DA. Prosecutors today "recommended Bezat pay the removal costs and do a 90-day jail sentence, but the case was adjourned until next month."

While he waits, Bezat can at least see his girlfriend again? He was released from jail yesterday after posting bail.

#france
#graffiti
#mbta
#MTA
#nypd
#rask
#tagging
Do you know the scoop? Comment below or Send us a Tip