We already knew there was an air of paranoia that had attached itself to Fox News (to put it mildly). But what we didn't know is that the NYPD allegedly indulges that paranoia: according to The Daily Beast, the NYPD gives Fox News's midtown Manhattan studios around-the-clock police protection. And that's a luxury that no other news network says they're given.

The Daily Beast reports that they have observed "at least two, and up to three officers patrolling the News Corp. plaza with one or two police cars stationed in front of the 45-story building on a regular basis." It's a patrol that one security expert estimated costs the city at least half a million dollars a year. However, NYPD spokesman Paul Browne says all networks get offered security: “Each of the networks gets police coverage to varying extents based on threat information.”

But security officials at CNN, CBS, ABC, and NBC said they received no such NYPD security, and all have hired their own private or off-duty guards. One ABC security manager noted the NYPD may occasionally send an officer in the case of a protest, but doesn’t ever recall a 24-hour security detail: “I would love the special favors.” What, you mean you haven't been able to get police to spy on your cheating wife?

So why is Fox News so special? One neighborhood guard said the heightened police presence “has nothing to do with Fox News,” and is there simply because it’s a “high-profile” area. Other cops said that they are posted at the site to protect Fox News as part of a counterterrorism initiative. Most officers described Fox News as a sensitive location, and one referred to it as a “political” network. And yet some ex-Fox News employees attribute the extra security to the "paranoia" of Fox News chairman and CEO Roger Ailes.

Ailes's paranoia is well known: a May 2011 Rolling Stones profile described how Ailes requested that bombproof glass be installed in his office windows, and is “convinced that he has personally been targeted by Al Qaeda for assassination.” Dan Cooper, an ex-Fox News employee, described him as a "deeply paranoid individual:"

I don't know why a terrorist, domestic or international, would target Fox News. I can't even begin to imagine. And I think really what we're talking about isn't so much Fox News. I really think we're talking about Roger Ailes' physical person. I think it's Roger worried about what's going to happen to him. And this has been the case since he was hired, his fear of his personal safety.

The NYPD declined to comment on whether Fox News had received any terror threats. Eugene O’Donnell, professor of police studies at the John Jay College of Criminal Justice, wonders whether that kind of information should be secret: “The larger question of all is, in an era of terrorism, is there no scrutiny at all of these things? And it sounds like there’s not. In a post-9/11 era, is no one allowed to ask the question, why is this detail here? Or is everything just tip-top secret and can’t be elaborated on?”

Of course, perhaps there's a simpler answer as to why the NYPD seems to have so much paternal concern for Fox—maybe NYPD Commissioner Ray Kelly just wants to make sure his son, Good Day New York host Greg Kelly, is safe and sound. It's bad enough he's got to deal with bully and class clown Rosanna "Soy Jizzum" Scotto every morning! 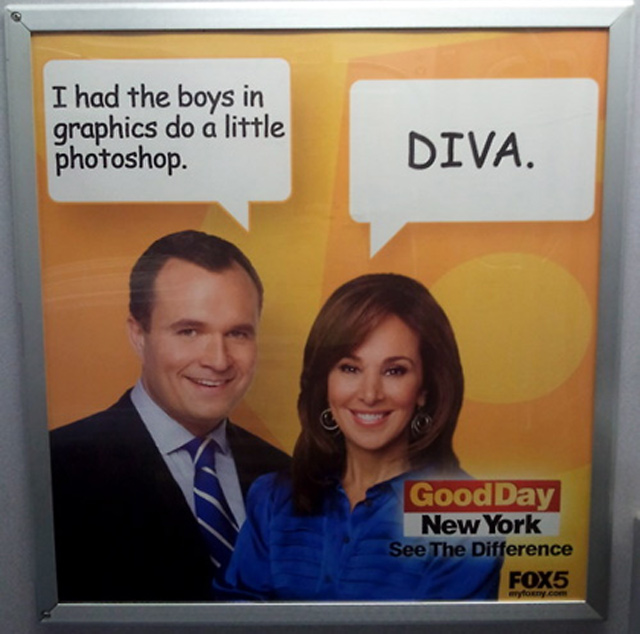 #cops
#fox news
#manhattan
#midtown
#nypd
#paranoia
#police
#protection
#special treatment
Do you know the scoop? Comment below or Send us a Tip