Ten weeks after filing a bombshell sexual harassment lawsuit against Fox News founder Roger Ailes, Gretchen Carlson has announced she's settled with Fox News. In a statement, she said, "I am gratified that 21st Century Fox took decisive action after I filed my Complaint. I'm ready to move on to the next chapter of my life in which I will redouble my efforts to empower women in the workplace." 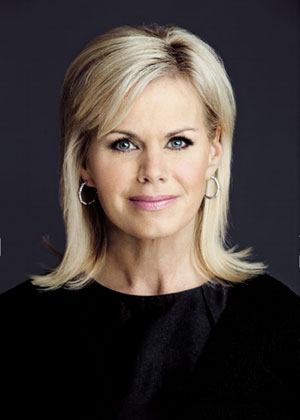 The lawsuit, which Carlson's legal team filed against Ailes in New Jersey, accused the powerful network head of demoting and eventually firing her for not having sex with him and complaining about other sexist behavior at the cable news channel. The accusations, which Ailes denied, led to more women stepping forward to tell their stories of allegedly being manipulated, ogled and used by Ailes.

Fox News star Megyn Kelly reportedly told Fox News' internal investigators about being harassed by Ailes and encouraged other female employees to speak up. And, two weeks ago, former Fox News personality Andrea Tantaros sued the network, accusing them of firing her for a "contract dispute" because she was reporting harassment, including former Massachusetts Senator Scott Brown putting his hands on her.

Ailes is supposedly responsible for some of the $20 million. Vanity Fair first reported about the settlement:

Though Carlson’s case is against Ailes personally, Fox is essentially his insurer for any settlement, according to two people familiar with the arrangement, and discussions between Ailes’s legal team and 21st Century Fox’s legal team became very tense regarding how much Ailes might pay in a settlement. (At press time, it was unclear how much Ailes was personally on the hook for.) As part of the language at the end of the settlement, numerous people with knowledge of the deal told me, Carlson has agreed not to bring any further legal action against other executives at Fox News, or against the company itself.

Today, Carlson added in her statement, "I want to thank all the brave women who came forward to tell their own stories and the many people across the country who embraced and supported me in their #StandWithGretchen. All women deserve a dignified and respectful workplace."

21st Century Fox, which owns Fox News, had its own statement: "21st Century Fox is pleased to announce that it has settled Gretchen Carlson’s lawsuit. During her tenure at Fox News, Gretchen exhibited the highest standards of journalism and professionalism. She developed a loyal audience and was a daily source of information for many Americans. We are proud that she was part of the Fox News team. We sincerely regret and apologize for the fact that Gretchen was not treated with the respect and dignity that she and all of our colleagues deserve."

Ailes, who was forced out of Fox News with a $40 million exit package two weeks after Carlson filed her lawsuit, is continuing to fight the claims. He is also busy trying to settle old scores: Ailes has hired Charles Harder, who represented Hulk Hogan in his suit against Gawker, and Harder has apparently told New York magazine "to preserve documents related to Mr. Ailes in preparation for a possible defamation claim," according to the NY Times.

New York magazine writer Gabriel Sherman has been in Ailes's crosshairs since writing a book about him in 2014, and Sherman has had some of the most damning reporting on Ailes and the sexual harassment allegations, including harrowing accounts from victims and how News Corp. leader Rupert Murdoch, who has previously supported Ailes, has been ceding power to sons Lachlan and James, who are not Ailes fans.

Looking back at settlements over the years with Andrea Mackris, Judith Regan, Laurie Luhn and Carlson, Fox women have received >$40 million

Ailes is reportedly advising Donald Trump's campaign. And Harder is also representing Trump's wife Melania in a defamation suit against The Daily Mail.

Finally, Fox News anchor Greta Van Susteren, who was one of Ailes's notable defenders, has "abruptly" left the channel; Politico reports, "A source close to the situation said it was a financial disagreement that led to Van Susteren's departure."