An SUV driver jumped a curb in Manhattan this afternoon, crashing into a storefront and injuring four people, officials said.

Ben Sparks, a witness who came upon the scene immediately following the crash, said he saw "a bunch of people being taken out in stretchers. I saw one guy with blood all over him." 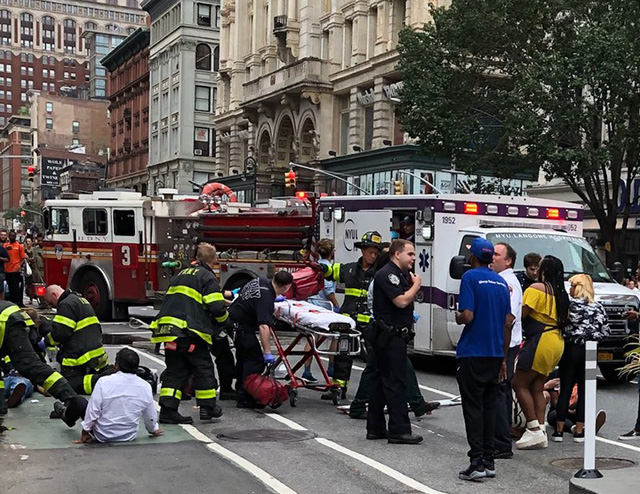 The incident occurred at the corner of 6th Avenue and 17th Street in Chelsea, where a driver careened into the facade of a T-Mobile store on 6th Avenue. The Fire Department, which received the call at 2:38 p.m., said four people were transported to Bellevue Hospital.

A source shared this photo of the crash scene at 6th Ave & 17th Street. pic.twitter.com/MPOtMuPRof

Car jumping the curb and slamming into a T-Mobile store on 17th street and 6th Avenue. pic.twitter.com/zg0H7LRvcs

A witness reportedly said that pedestrians were struck by the driver. The FDNY was unable at this time to confirm whether any of the victims included the driver. The NYPD is still at the scene, and we'll update as information becomes available.

Update: According to the NYPD, the SUV was being operated by an Uber driver with a sick passenger. The driver "panicked," a police spokesperson said, and he lost control of the car. The NYPD did not have any information at this time about where the vehicle was traveling. 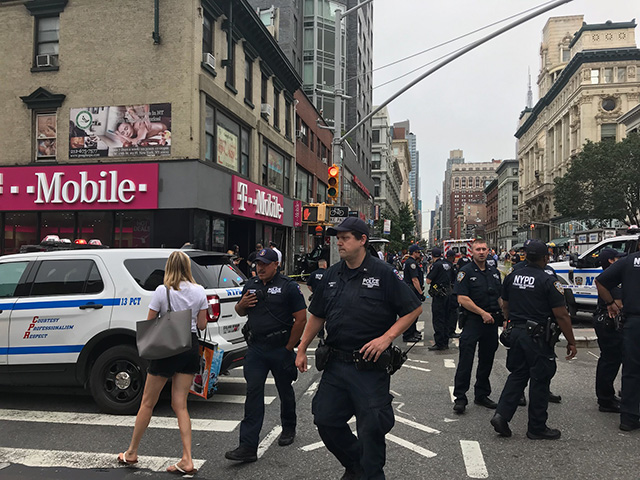 Police outside the store (Jeff Seal)

There are currently traffic delays on 6th Avenue a result of the crash.

In lower #Manhattan, 6th Ave is closed at 14th St for an accident investigation at 17th St. 6th Ave backed up to 8th St. #nyctraffic

#Chelsea
#uber
#vision zero
Do you know the scoop? Comment below or Send us a Tip