A former FIT student is suing Barnes & Noble, as well as her former school, for stealing her backpack design and selling the product in stores. Diana Rubio, 33, insists in a lawsuit that she never signed any paperwork allowing the school or corporation to have the rights to her design, and is now suing for copyright infringement as well as monetary damages.

According to the lawsuit, Rubio was approached in the fall of 2010 to participate in a design competition in which Barnes & Noble would be partnering up with FIT to give students the opportunity to design "back-to-campus" materials. Rubio says she was told that as part of her classwork, her backpack design would be automatically entered in the contest, regardless of whether she wanted to enter or not. In Spring 2011, Barnes & Noble informed Rubio that her backpack design had won the contest, and would be sold in stores and on the internet. Yay, congrats on a job well done!

This is where things begin to get sketchy, however. Rubio alleges that she never signed any agreement allowing the sale of her design, and that FIT tried to get her to sign a "rights and consent" form, which would give FIT the rights to her design in perpetuity in exchange for "[no] money or other payment from any source." Rubio refused to sign the form which would have given away her right to profit off of her own design. But that didn't stop FIT and Barnes and Noble, the lawsuit alleges. 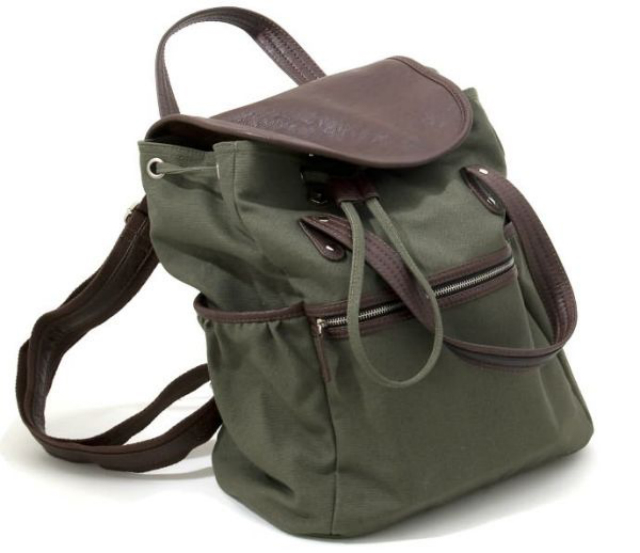 The backpack in question as seen on Barnes and Noble's website.

Barnes & Noble allegedly manufactured and sold the product without Rubio's consent, relegating her only gain to the supposed satisfaction of seeing her name on the hangtag. The lawsuit claims that the backpacks became quite popular, and after Rubio's lawyer sent Barnes and Noble a cease-and-desist letter, the bookseller offered Rubio a cash settlement, and refused to share sales numbers.

Rubio's lawsuit is seeking the release of those sales numbers, as well as awarding her damages in the amount that she is entitled for the sale of her backpack, and a continuing royalty for the sale of the backpacks.

The backpack is still available for sale on Barnes & Noble's website. Spokespersons for FIT and Barnes & Noble did not immediately respond to requests for comment.
Update: Barnes & Noble tells Gothamist, ""We have a relationship with FIT whereby we pay royalty fees to FIT for student designs. We strongly support intellectual property rights. This matter is between FIT and Ms. Rubio and we trust they will work out a fair solution."
Update 8/20: In an email to Gothamist, FIT responded to the lawsuit: "Protection of the creative rights of FIT students is a foremost concern of the college. Although we have not been formally served with the lawsuit, we are aware of it, and we have begun our fact finding to learn the circumstances and, if appropriate, do right by Ms. Rubio.

Further, FIT President Joyce F. Brown has formed a committee, chaired by the vice president for Academic Affairs, to conduct a comprehensive examination of the college’s industry-sponsored competitions and projects program for students. A report with recommendations is due by December 1."