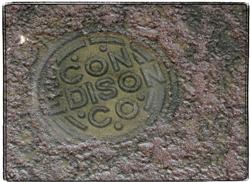 Charles F. Luce, who was Con Ed's chairman and chief executive between 1967 and 1982, died last week at the age of 90 in California. The Bronxville, NY resident died of prostate cancer.

The NY Times notes that unlike most "big business executives," Luce was a liberal Democrat and environmentalist. He took a considerable amount of heat for a NYC blackout during the summer of 1977 and faced angry shareholders who didn't appreciate their dividends being cut in favor of softening the impact of rising energy costs on New York consumers. Luce's assessment of New York's energy conundrum rings familiar even today:

“The metropolitan area’s need for electric energy doubles about every 15 years,” Mr. Luce said then. “To supply these vast new quantities of energy at reasonable cost, but protect the city’s environment from pollution and unsightly structures, is a king-size job.”

Luce wet his feet in the intertwined world of politics and energy after clerking for Supreme Court Justice Hugo Black and then hitch-hiking a ride to Washington State in 1943. After getting involved in energy and Indian negotiations, Luce linked himself to JFK's 1960 Presidential campaign and was made the head of a northwestern power authority after Kennedy's election; during President Johnson's term, he was an Undersecretary of the Interior. The move to NY's utility came on the heels of a LIFE magazine article naming Con Ed “The Company You Love to Hate." Sound familiar?

At the time, Luce could seem to do no right. Still, he seemed to be a man who genuinely cared about his adopted city and took a hands on approach to his job - he made a point of pedaling around town on a three-speed bike wearing a meter man's helmet, and observing Con Ed workers on the job by stopping at open manholes. We can't see Kevin Burke doing that!

NB: He relies on DOT Commissioner Janette Sadik-Khan for that, because she's not afraid to ride a bike in the city.