Forget Furby, Get Your Kid A Bulletproof Backpack For Christmas

Amidst much reasonable debate and understandable heart wrenching, lots of bad and/or depressing ideas have floated around in the days since the Newtown Connecticut massacre. We've seen absurd Batman conspiracy theories and suggestions that children should be taught to bum rush shooters. And yet somehow the existence of bullet-proof backpacks still managed to catch us off guard. 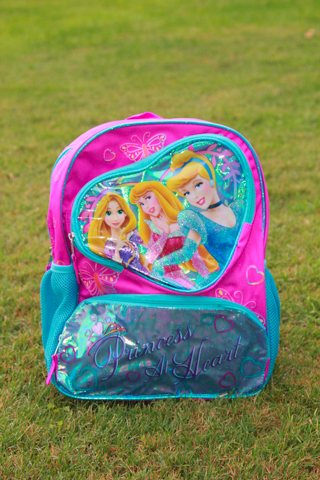 Those princesses can take a bullet (Amendment II).

Forget about the new Furby, clearly the Christmas gift every kid needs this year is an Amendment II Ballistic Backpack. Only $300 with a 100 percent money back satisfaction guarantee! It is available in both Disney Princess and Avengers styles! Because somedays little Tyrion just doesn't want to wear his or her $499 Centurion Tactical Vest For Children to school, y'know?

If your kid is more of the Transformers backpack kind of tot, however, you can still keep their backs free from bullets if you just slip a $234 Ballistic Plate backpack shield in the back of their existing backpack. Though be careful, as Amendment II's president Derek Williams points out to Mother Jones, "With kids, you never know when they're gonna take something out of their backpack and not put it back in."

None of this gear is totally new—Amendment II started selling their backpacks six months ago—but sales have been booming since Friday's shooting. "I can't go into exact sales numbers, but basically we tripled our sales volume of backpacks that we typically do in a month—in one week," Williams told Mother Jones.

And even more depressing than the fact these products exist and are being marketed and sold to American parents is that it maybe isn't quite as crazy an idea as we wish it were? Just today a Utah 11-year-old was arrested for bringing a gun into his school. He apparently "told administrators he brought the weapon to defend himself in case of an attack similar to the mass shooting last week in Newtown."

#bullet proof
#gun violence
#guns
#holiday shopping
#newtown shooting
Do you know the scoop? Comment below or Send us a Tip