A 22-year-old senior at Fordham University died from injuries sustained in a 40 foot fall from the school's Bronx campus clock tower. Sydney Monfries and friends had apparently been in the tower to take pictures and get a better view of the city.

Police say that Monfries, who was expected to graduate in May, fell through a hole in a stairway landing of Keating Hall's clock tower on Sunday, around 3 a.m. While the clock tower is supposed to be off-limits, the NY Post reports that it is a "rite of passage for seniors at the elite Bronx school — scaling the Keating Hall clock tower, touching its bell and taking photos outside one of its top windows."

A student whose friend was in the group said, "He told me some seniors went to the tower to take some pictures and have a good time before graduating. They were like, 'We’re seniors. Let's go.'"

The NY Times reports, "They clambered up the steep staircase of the granite bell tower that overlooks Fordham’s Rose Hill campus to take in the view of the Bronx under moonlight, sending a Snapchat video from the top... Ms. Monfries had posted a video from the top of the tower on Snapchat with the caption 'Bell tower' early Sunday, according to video shared with The New York Times."

A Fordham spokesperson told the Daily News, "The student apparently climbed into the clock tower with friends. University officials are investigating how the students gained access to the tower." 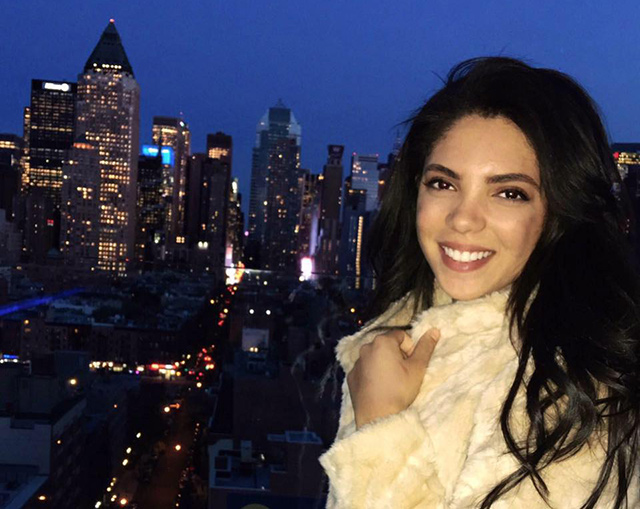 Monfries was found on the second floor, and the Post reports she was found with "barely any pulse.":

[EMS workers] tried to carry her on a stretcher downstairs and out the front but couldn’t maneuver her through the narrow stairway — then her vitals flatlined, sources said.

So medics switched gears and loaded her into rescue basket and began hoisting it up toward where she fell from — with at least one emergency responder riding along to perform chest compressions and keep blood flowing to her vital organs, according to sources.

Monfries was lifted up in the basket and out a window before EMS lowered her back down to the ground.

She was taken to St. Barnabas Hospital and put on life support; she was later pronounced dead in the evening.

"It is with great sadness that I report that Sydney Monfries, a senior at Fordham College at Rose Hill, died today after sustaining a fall inside the Keating Clock tower in the early hours of the morning," Fordham president Joseph M. McShane said in a statement. "Our hearts go out to Sydney’s parents, and her family and friends—theirs is an unimaginable loss, and we share their grief. There are no words sufficient to describe the loss of someone so young and full of promise—and mere weeks from graduation. Fordham will confer a bachelor’s degree upon Sydney posthumously, which we will present to her parents at the appropriate time."