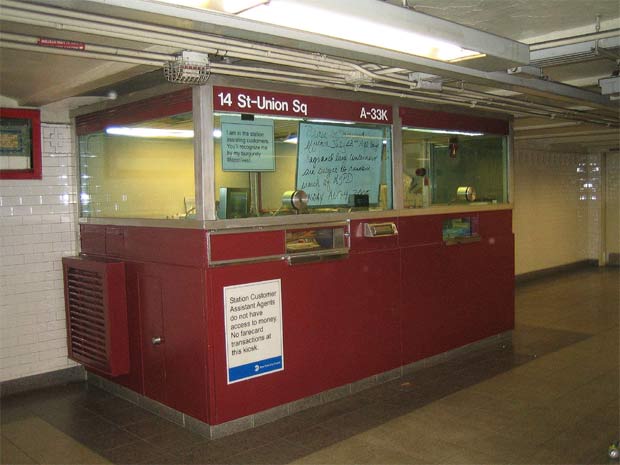 On the heels of the recent fare increase approval, it has come out that the MTA has spent about $2.5 million on changing the uniforms of New York City Subway token booth clerks, or as the MTA calls them "station agents". That breaks down to $738 per employee for white shirts, grey pants or skirts, grey and black ties or ascots, and a burgundy vest, sweater and coat. 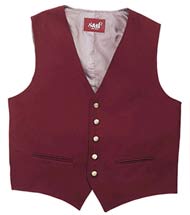 A MTA spokesperson told the Daily News in a written statement that management decided upon the new uniforms to "provide a more professional and consistent look for all station agents." The MTA does provide uniforms, usually on a biennial basis, but according to an internal memo from August, the plan was to have the new uniforms on the employees by the start of December.

Token booth clerk Norman Winston Pou told the paper, "That's absolutely outrageous. They could improve facilities and job conditions with that money." And a clerk that didn’t want to give their name for fear of reprisals commented and questioned the suitability of the choice of new uniform, "I feel like a busboy. It's a dirty environment. It's not an office, an open space, with a water cooler and all that. It's a train station." One poster to a subway message board noted that, "The clerk [pictured in the Daily News] looks like a certain union activist."

One thing that wasn’t mentioned in the Daily News piece was that burgundy is the color that was introduced for the uniforms of the former token booth clerks who were booted out of their booths and re-branded "station customer service agents". They were created in 2005, as a compromise measure with the closing 164 token booths. However, the burgundy painted booths do not sell MetroCards and the part-time agents are just in the station to assist passengers. We hope that there isn’t some sort of scheme to further reduce the amount of booths where you can actually get a MetroCard from a human being. Plus we didn't see anything wrong with the old uniforms.