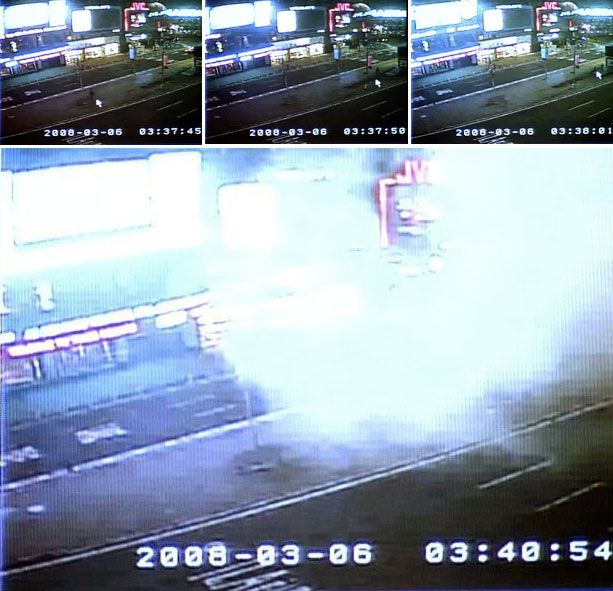 Images from surveillance footage via WNBC

The NYPD released surveillance footage of this morning's explosion near the Army recruiting center in Times Square. The footage shows a bicyclist approaching the building and an explosion taking place after he leaves.

The bicyclist is of interest because a witness told the police he/she saw a bicyclist acting suspiciously. Earlier today, Police Commissioner Kelly said, "The individual (on the bicycle) was wearing a hood and dark colored clothing, also carrying a backpack. He did not see the individual’s face." He added the small bomb, described as an improvised explosive device, placed in an ammunition box, was "not a particularly sophisticated device" but could have killed someone (luckily no one was injured during the 3:45 a.m. incident) and said, "Times Square is the crossroads of the world, and we are concerned."

The police found "a 10-speed bike in the trash on West 38th Street." The NYPD is being joined by the FBI in the investigation.