Focus on Family to Sue Over Gay Family Recognition 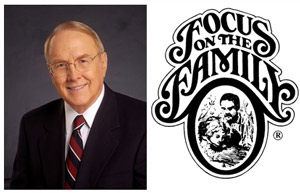 A legal team with the backing of James Dobson is ready to file a legal suit against New York State, claiming that Gov. David Paterson illegally sidestepped the State Legislature when he declared a state of reciprocity in recognizing gay marriages ordained in other states.

Dobson is the head of a ministry called Focus on the Family, which is dedicated to protecting what it views as immutable Christian social values, including the long-held human value of the sanctity of marriage. He is a thorn in the side of even moderate Republicans, who would prefer that he not continue his persistent campaign of insisting that homosexuals are damaged individuals who should not be the recipients of the legal protection extended to "normal" Americans.

Paterson announced that NY State would recognize gay marriages ordained in other states based upon the ruling of a federal court. Dobson, whose organization is based in Arizona, is claiming this is an in-through-the-back door attempt at spreading the prevalence of gay marriage, by double-teaming the country with California.

The NY State Senate Majority Leader Joseph Bruno is also unhappy with Paterson's decision and may end up taking the Governor to court to fight it.

#arizona
#dobson
#focus on the family
#gay marriage
#lawsuit
#paterson
#reciprocity
#recognition
Do you know the scoop? Comment below or Send us a Tip