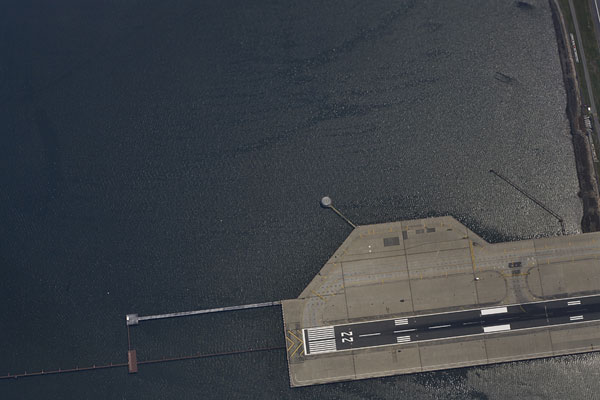 Come next year, when you're flying in and out of JFK, your flight may be slightly less delayed than it's been in the past. U.S. Transportation Secretary Mary Peters announced a plan today to reduce the number of hourly flights at JFK International Airport to 82 or 83 flights, depending on the time of day. That would be down from 95 this past summer and what would have been 104 an hour next summer. Secretary Peters' agreement with the major airlines flying out of JFK will start on March 15th, 2008 and be in place for 2008 and 2009. By shifting flights from peak times of day to off-peak times, the number of daily flights at the airport would actually increase by 50. Currently, there are nearly 100 flights an hour, causing delays that affect the rest of the nation's air traffic.

Peters also directed the FAA to start negotiating flight caps with airlines that operate at Newark International Airport, which will prevent airlines from simply shifting flights across the Hudson. Eventually, the Transportation Department wants to start auctioning off as technological improvements make additional capacity at JFK available, something that Senator Chuck Schumer is opposed to, "Selling these slots to the highest bidder would be an onerous sky tax, plain and simple."

To help ease congestion around Christmas and New Year's, Peters has again authorized commercial flights to fly in military airspace over the Atlantic seaboard.