A 24-year-old woman was killed and two other women were injured this morning when a gunman fired outside a Flatiron District nightclub. Police believe the shooter had been in an argument with a nightclub staffer prior to the shooting.

A witness told WCBS 2, "I heard about six or seven loud, what seemed to be — I was in disbelief, but what seemed to be gunshots at the time. You could hear the yelling and screaming, but I was kind of hoping it was a fight for a minute then reality kind of hit you and see people on the ground. It was kind of mayhem." 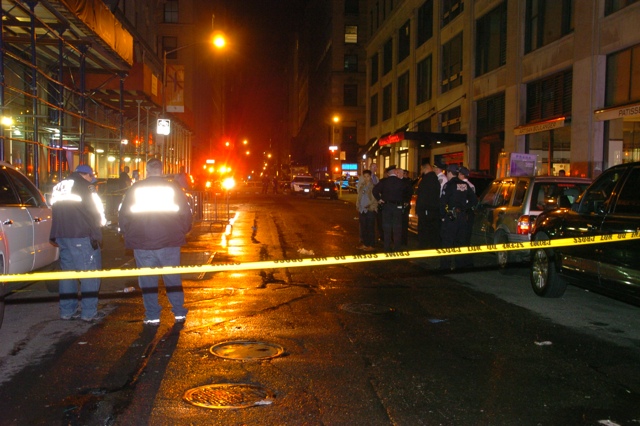 At this point, police do not believe the women were his intended target. According to WABC 7, "Police say a man attending a party inside was kicked out but refused to leave, and then told people he was going to get his gun."

The Daily News reports, "Sources said that there was an argument inside the club as it was getting ready to close for the night and that the suspect left, got a gun from his vehicle and opened fire as patrons were exiting." 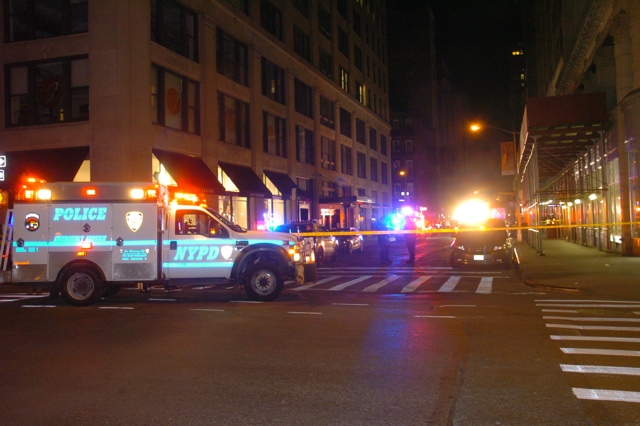 Recounting the confrontation, another witness described to PIX 11, "[The suspected shooter] tried to start fighting with another man inside the club [and then security] put him outside. They didn't let him back in. He said, 'That's how it's going to be?' He goes back inside the car. I don't know if it was him who shot [at the women]. He [ran] into the back into the black BMW and that's when I heard the gunshots, and hurt the three ladies."

This Sunday October 11th join us for our all black affair!!! Doors open at 11pm sharp!! Call us now to hear out amazing bottle deals!!! Ladies keep it grown and sexy & guys dress to impress!!

The investigation is ongoing. Police say the shooter appeared to be in his 20s. A man who happened to be walking in the neighborhood said to PIX 11, "I wasn't sure what it was. As I approached I saw the screaming, the mayhem. Definitely uncommon for this part of town."