Flashback to the Days of Mugger Money 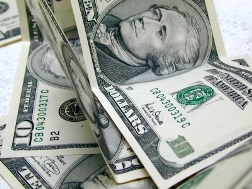 The violent mugging that turned fatal last week prompted the NY Times to compare people's attitude towards crime safety today versus those of two decades ago, when people would carry mugger money around. (When you Google "mugger money," the first thing that comes up is a 1989 NY Times article, "Even the Nun Have to Carry Mugger Money.") While many people mentioned how safe the city is these days, last week we did hear about a Park Slope mugging (a woman gave the muggers her bag but yelled and neighbors appeared, some chasing the muggers into the park) and one man's relatively recent mugging in not-yet-gentrified Bushwick. If anything, it seem to help if one is aware and walks with confidence.

As for Maurice Parks, the 5 train conductor who was mugged and stabbed last Thursday - before he used his own knife to defend himself, the Post reported it was unlikely he would face charges related to a bystander's death. During the melee, bystander Flonarza Byas was killed; it's still unclear why Byas was there (was he helping Parks? did he think the muggers were being attacked? did he join in the robbery?). Parks may face a summons for carrying an illegal weapon.

A third man was arrested for mugging Parks; a 22-year-old wounded by Parks and a 15-year-old have already been arrested. And Parks, a black belt in jujitsu, remains in the hospital. A jujitsu classmate of Parks, Herbert Davis, told the the NY Times that even though jujitsu is about avoiding and defusing conflict, Parks may have been compelled to use a weapon because he was outmatched: "He did not deal that hand. He ended up in the poker game of his life. And he happened to have an ace up his sleeve.”

#As
#bushwick
#crime
#Flonarza Byas
#google
#Maurice Parks
#money
#mugging
#ny times
#park slope
#stabbing
#the city
Do you know the scoop? Comment below or Send us a Tip