For every New Yorker who feels superior to Florida residents after reading a story like this, here's a sobering thought: The Sunshine State's population growth is outpacing New York's, which means New York will drop to fourth most populous state in the country. Is this because New York stores don't accept alligators as a form of payment for beer?

The NY Times has a big A1 story about it, outlining the implications—

Beyond a blow to New Yorkers’ collective ego, the changing population pattern could have many practical and political implications, including diminished congressional delegations, a setback New York already suffered in 2010 — the year of the last decennial census count — when the state lost two districts, while Florida gained two seats. Census data also inform how billions of dollars in federal funding and grants are divvied up among the states, for things like highway planning and construction, public aid for housing and health care and education programs.

—and some possible reasons why: "[Florida governor Rick] Scott said he believes that a large part of Florida’s appeal has to do with its pro-business, low tax approach. Florida also has no personal income tax." Exactly! That's why Buffalo businessman Tom Golisano moved to Florida—also because he was sad about not becoming governor of NY. It's funny that Scott didn't mention how Florida attracts illustrious residents such as O.J. Simpson, who flock there to avoid financial judgements.

Even though NYC is growing, a lot of New York's problem is the population decline upstate (Buffalo has lost 10% of its population since 2010!) and loss of manufacturing. And probably the lack of tanning butlers: 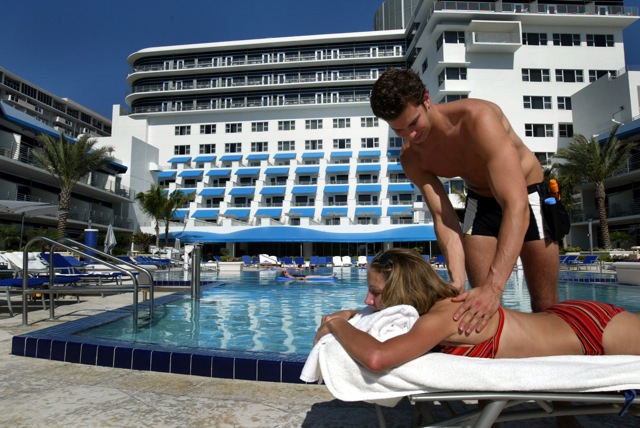 University of Florida demographer Scott Cody tells the Times that Florida's population will pass New York's "barring what he called 'the unusual events that can occur: tsunamis, or asteroids, and total economic breakdown.'" (Housing bubble anyone?) Cody reassured the Gray Lady, "Just because one state is passing another, it’s not a good or a bad thing. It doesn’t mean one state is better than another." But Florida has its own Fark.com topic!

#demographics
#florida
#new york
#population
#upstate
Do you know the scoop? Comment below or Send us a Tip