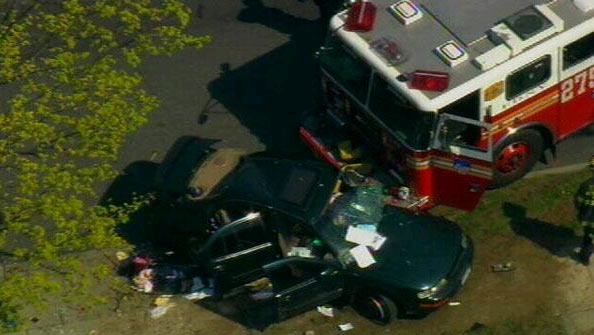 YIKES! A fire truck responding to a call collided with a car at 111th Avenue and 155th Street in South Jamaica. The male driver is in serious condition--some reports say he is in traumatic cardiac arrest--while two firefighters have minor injuries.

WABC 7 says it's "unclear if the fire truck ran a red light."

UPDATE: WNBC News is now reporting that the driver was not a male, but 27-year-old female Angela Johnson. She was killed in the accident and all six firefighters in the truck were hospitalized following the collision.