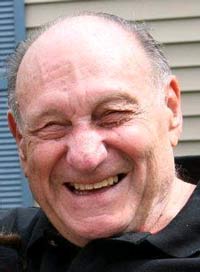 For many 1010WINS listeners, some sad news: Financial analyst Larry Wachtel who would gave financial advice on 1010WINS for 33 years died on Sunday. He died suddenly of a heart ailment on Sunday.

Wachtel grew up in Brooklyn, attended Long Island University and had worked in the finance industry, retiring from Wachovia Securities in 2005. He also retired from daily commentary on 1010WINS in 2005, but remained a guest commentator.

The Journal News notes how he was called the "Voice of Wall Street," with his "thick Brooklyn accent" and would use the phrase, "gather those rosebuds," to announce a birthday. His son Philip said, "He boiled down all this technical news to something that everyone could understand. He redefined the way business news was provided to the public."

Here's a 1998 magazine interview with Wachtel, here's video of Dan Rather interviewing Larry Wachtel about the dot com meltdown in 2000, and here's a 2003 business report from 1010WINS.