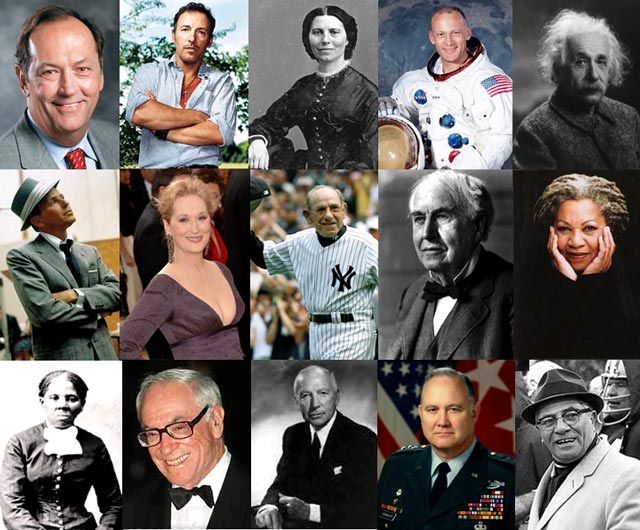 The inductees, who were selected from a pool of 25 finalists, must have lived in the state for at least five years (but an exception was made for Underground Railroad pioneer Tubman, who used Cape May as her base), filling five categories--historical, enterprise, arts & entertainment, sports, and general. And while there's no museum yet, fund-raising is underway.

Beloved Yankee player Yogi Berra, who has lived in Montclair, NJ since 1952, told the AP, "I think anything you get inducted to you feel good about. Heck to get inducted with all them guys, that's pretty good." Meryl Streep, who grew up in Bernardsville, is "honored," but her rep said she wishes to postpone the presentation of her award "until she can accept in person."

The Post points out some of the more well-known residents, including James Gandolfini, James McGreevey and Jon Bon Jovi, have not made the list. Well, there's next year! Except probably not for McGreevey, unless it's a Hall of Shame.