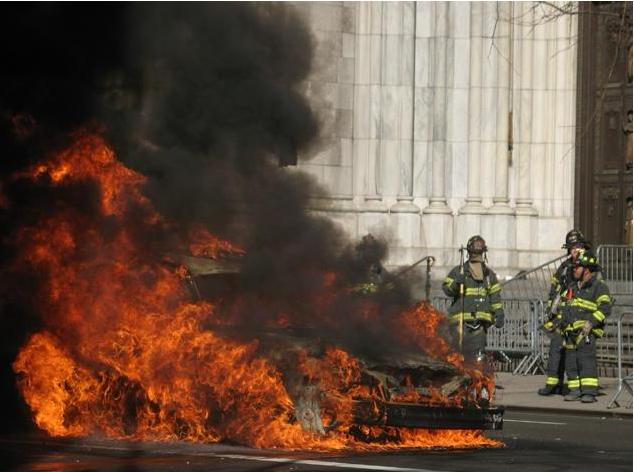 A taxi cab caught fire at Fifth Avenue and 50th Street, outside St. Patrick's Cathedral. The fire was extinguished within a half hour, but part of Fifth Avenue was shut down an hour and a half. According to WNBC, the cab driver, who "got out of the cab and ran away after it caught fire," will not be charged by the police.

The NYPD has been on high alert near St. Pat's because the Pope is scheduled to give a mass there on Saturday. We'll assume the flaming cab was a sacrifice to the any gridlock saints.

#cab
#cab fire
#fifth avenue
#st. patrick's cathedral
Do you know the scoop? Comment below or Send us a Tip