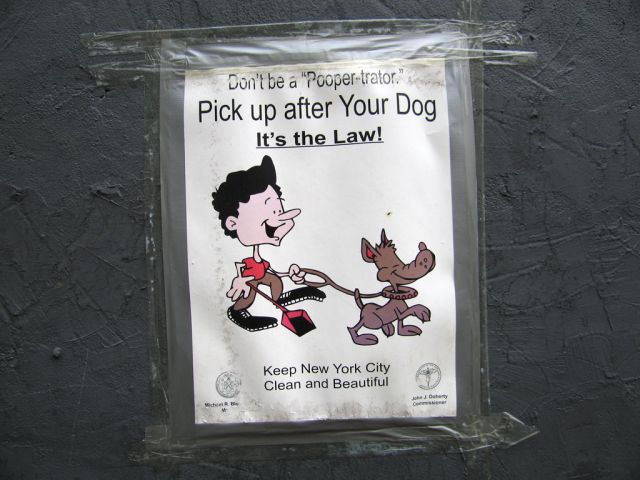 Forget about the arrests for pot possession going up, it's now being reported that ticketing for not using the pooper-scooper is at an all time high!

The Dept. of Sanitation reports that 775 tickets for not following the Canine Waste Law (est. 1978) have been handed out since last July, a number that has more than doubled since the previous year. It's expected that number will rise even higher as the temperature does the same, WNBC reports that Sanitation Commissioner John Doherty says "He expects more tickets with the warm weather prompting dog owners to take longer walks with their pets and there's more daylight hours to spot offenders."

With 15 cops on the unfortunate beat, the commish is ready to collect some fines, which brought in $29,000 last year and are as high as $100. And people should watch out for vigilante residents who can't stand unscooped poop.

#Canine Waste Law
#Dept. of Sanitation
#dos
#doubled
#fines
#pooper scooper law
#tickets
Do you know the scoop? Comment below or Send us a Tip