After being arrested early Wednesday morning, radio personality Craig Carton was charged with securities fraud, wire fraud, and conspiracy to commit those offenses for creating what the U.S. Attorney's office called a "Ponzi-like scheme" to attract investors into committing millions to a ticket-reselling business—a business that was allegedly a complete fraud. Federal authorities say that Carton, as well as an associate, created the fake companies to pay off gambling debts.

"As alleged, Craig Carton and Michael Wright deceived investors and raised millions of dollars through misrepresentation and outright lies. Their schemes were allegedly propped up by phony contracts with two companies to purchase blocks of concert tickets, when in fact, Carton and Wright had no deals to purchase any tickets at all," Acting U.S Attorney Joon Kim said. "As alleged, behind all the talk, the Wright and Carton show was just a sham, designed to fleece investors out of millions ultimately to be spent on payments to casinos and to pay off other personal debt."

The complaint from the U.S. Attorney's office says that, as Carton and Wright were conspiring with another man, "Wright emailed Carton and [co-conspirator], 'for the take of our conversation tomorrow,' and outlined 'the debt past due and due next week.' Wright listed several apparent creditors, to whom he, CC-1, and/or Carton were indebted over a million dollars. Wright listed eight possible options for re-paying the debt, including, 'Run to Costa Rica, change name, and start life all over again - may not be an option.'"

On air, Carton plays the provocative, manic id—he has Tourette's and titled his memoir, Loudmouth— to Esiason's ego. He would frequently talk about gambling on his show, and the feds say that Carton had at least $2.5 million in debts coming due last September.

Craig Carton leaving court moments ago. First question asked: "Craig who do you like on the pats game tomorrow?" @fox5ny pic.twitter.com/Tng9UkGv4o

A complaint from the Securities and Exchange Commission says, "Beginning in or around the middle of 2016, at about the time he accrued millions of dollars worth of gambling-related debts to casinos and other third parties, Carton solicited investments in reselling enterprises purportedly engaged in purchasing and reselling large blocks of concert tickets for substantial profits."

Carton allegedly claimed to investors that he and another associate, Joseph Meli, had access to tickets at face value, but instead, Carton and Meli are accused of forging documents to make it look like they had agreements with management companies, concert venues or promoters for Adele, Katy Perry, Justin Bieber, Metallica, Roger Waters, The Chainsmokers and Barbra Streisand.

While pressuring one investor and dangling "1.3x to 1.5x" returns on an investment in a block of Adele tickets, Carton is accused of saying, "I do have to ask for a signed agreement today. if you want to wait until Monday to wire funds, that's fine but again everyday we don't have funds is another day we lose access to tickets."

The SEC's complaint also paints a portrait of the trio stumbling around the logistics of their scheme: On December 1, 2016, the complaint says that Meli texted Carton and another associate:

We use [the Hedge Fund's] money to repay debts. Where do we get the money to buy tickets and further what deal do we offer the money provider for the tickets. We cannot pay [the Hedge Fund] with other people's money right away because it does not work. We need [the Hedge Fund] to buy deals with long lead times and earn money in the interim and use the earned money to replace the [Hedge Fund] funds in ticket deals on [sic] the future. This is the math we have to figure out and work it into a schedule to get down to zero.

To which Carton allegedly replied, "Agreed." And when the trio received $700,000 from the hedge fund (a "10% down payment on a $7 million pooled interest in tickets to Katy Perry, Justin Bieber, Ariana Grande and Roger Waters' upcoming tours,"), $200,000 of the $700,000 was wired to Carton's personal bank account. Prosecutors say he then wired it to a casino, while the rest was using to repay a short term lender Carton had used to borrow half a million to repay an investor for the "Adele tickets."

The hedge fund involved appears to be Brigade Capital Management; the NY Times reports, "The hedge fund that provided funds to Mr. Carton was not identified by the authorities. But in December 2016, a fund managed by Brigade Capital Management filed a financing statement with New York State to record a debt owed by two corporations that the S.E.C. complaint says Mr. Carton controlled."

The SEC says Meli—already charged for a Ponzi scheme involving — created one entity related to the fraud, while Carton started five businesses, including ones called Ticket Jones and Misoluki. Carton and a previous radio co-host famously mocked Asian accents with "sing-song Chinese accents." 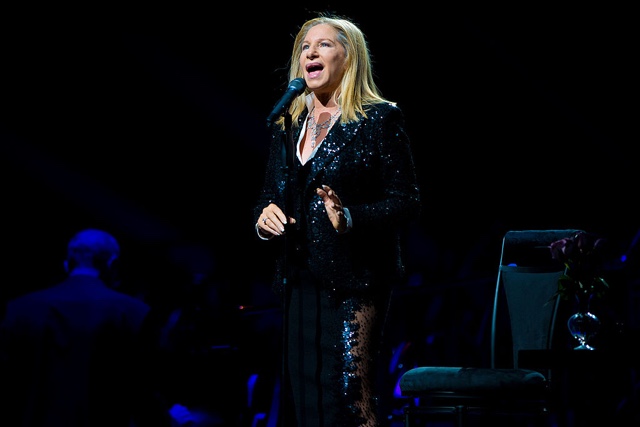 "As alleged in our complaint, investors were lured with promises of big profits from resales of A-list concert tickets, but little did they know their money was being used to cover Carton’s gambling debts among other things," said Paul Levenson, Director of the SEC’s Boston Regional Office. The SEC is seeking "disgorgement of ill-gotten gains plus interest and penalties against Carton and Meli."

Reporters chased Craig #Carton for almost three blocks before he jumped into a cab. The radio sports jock had nothing to say. @NY1 pic.twitter.com/kVafyLJ3XG

The 48-year-old Carton was arrested at his home in Tribeca and was silent when leaving the courthouse. On the Wednesday show, Esiason had initially joked around how Carton had called in sick, "If you hear me starting the show, that means numb nuts is under the weather and he’s not here. And basically what will be the longest week," but later revealed the shocking reason why his co-host wasn't there:

By the way, just a little bit of an announcement. I am now aware of why Craig was not here this morning. Unfortunately he was arrested this morning. We here at the station, they’re aware of it as well. They’re cooperating with authorities. I’m taken aback and surprised by it just like I’m sure everyone else is.

I have no other information. There’s nothing else I can say. I thought he called in sick this morning, but unfortunately my partner was arrested. I guess there’ll be more news to come from somewhere, but it won’t come from me because I don’t have any. It’s not easy.

Carton, who was released on $500,000 bail, has been suspended from WFAN. "Boomer & Carton" is the top-rated sports radio show among men 25-53. The Daily News' Bob Raissman, pointing out that Carton must be presumed innocent, wondered, "Remember Carton ripped Colin Kaepernick for taking a knee during the national anthem to protest, among other things, police brutality? Will Carton now be joining Kap in protest, saying he was railroaded by the Feds?... How can Carton, as is his style, call some NFL player a 'moron' for getting in off-the-field trouble? How can he accuse LeBron James of 'making up' that gate-painting incident at his Los Angeles home? How can he criticize anyone in the sports world for poor judgment? How can he tell callers what teams to pick when they ask him on whom to bet? Considering his alleged gambling debt, how can he ever again tell someone to lock it up?"

#boomer & carton
#boomer esiason
#craig carton
#ponzi scheme
#securities fraud
#wfan
Do you know the scoop? Comment below or Send us a Tip