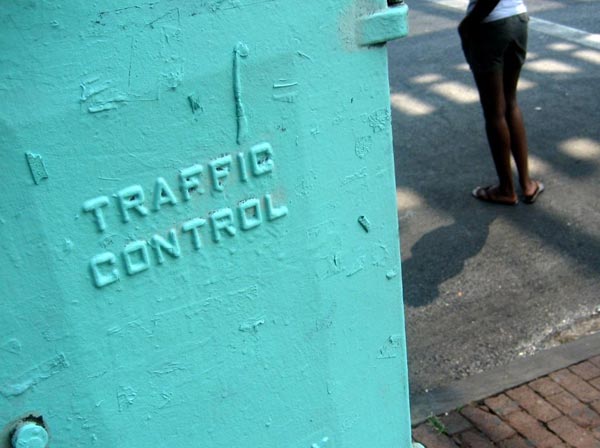 Yesterday, the federal government approved $354 Million for New York City to spend towards its congestion pricing plan. As details of the funding come out, we learn that the money doesn't come without a catch. Most of the funds that the Department of Transportation agreed to give the city yesterday are for mass transit improvements, like the construction of bus depots. It left the city to come up with the estimated $223 million to actually install the system that monitors traffic and charges vehicles entering the congestion zone. Mayor Bloomberg asked the federal government to fund $179 million for technology, but they approved a mere $10 million for it.

While the city gets $1.6 million of the funds immediately for planning and development, the bulk of funding is contingent on approval by city and state officials by March. U.S. Secretary of Transportation Mary Peters said, "If the city does not have the legal authority to move forward at that time, it will not receive the money." The Post also has a nice graphic of how the $354 million is allocated. Of course Bloomberg was not discouraged by the way the funds are designated, "I think that rather than look at the money we didn’t get, we should look at the money we did get. It’s a unique opportunity for New York, and we should really say, thank you."

Mayor Bloomberg's congestion pricing plan for NYC appeared stalled until Bloomberg and the state legislature agreed to a commission to traffic reduction in NYC. Bloomberg's orginal plan called for an $8 fee for vehicles and $21 for trucks entering Manhattan below 86th St.

Photo of a traffic control box by MurphyZero on flickr

#As
#bloomberg
#bus
#city
#congestion
#construction
#department of transportation
#government
#manhattan
#mass transit
#mayor
#mayor bloomberg
#money
#new york
#new york city
#News: NYC
#nyc
#photos
#technology
#the city
#the post
#traffic
#transportation
Do you know the scoop? Comment below or Send us a Tip
A new Gothamist is coming! We’ve moved comments over to our beta site. Click here to join the conversation and get a preview of our new website.