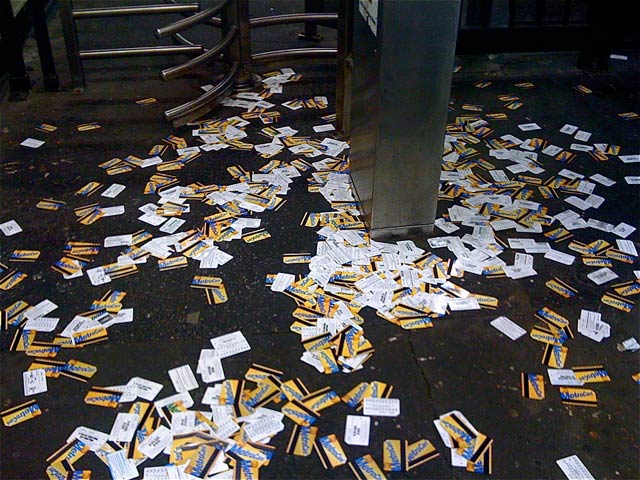 While lawmakers are split about supporting recommendations to help bail out the MTA, the Independent Budget Office released scary estimates of what unlimited-ride Metrocards might end up costing without a bailout (assuming a 28% across-the-board fare hike):

The IBO's Doug Turetsky explained, "The goal here was to really give people an idea of what fares and tolls could rise to under the plan the MTA put forward." In other words: Scare the bejesus out of you so you tell your lawmakers to help the MTA out! (Find your Assembly member here, find your State Senator here; the MTA faces a $1.2 billion budget deficit next year.)

And, per the IBO estimates, the base fare could be $2.50, but the Daily News reminds us, "The MTA usually doesn't apply flat-rate, across-the-board hikes and that the $2 base fare could be boosted by $1 to $3." The Straphangers Campaign's Gene Russianoff said, "You know, if Albany sits back and says, 'Well, there really isn't a big problem, the MTA doesn't deserve the money,' it's not the MTA that's going to suffer. It's the riders."

#fare hike
#metrocard
#MTA
#MTA budget crisis
#Ravitch Commission
Do you know the scoop? Comment below or Send us a Tip