Nearly six months after a hit-and-run truck driver fatally struck Aurilla Lawrence, the Brooklyn District Attorney's Office has announced that the motorist will not face charges.

In a statement, a spokesperson for D.A. Eric Gonzalez said that there was not enough evidence to bring criminal charges in the case: "The investigation found no signs of contact between the truck and the bike, and that the likely proximate cause of the crash was a large crater on the roadway, which caused the victim to fall before being struck."

Lawrence, a 25-year-old bike messenger, was riding eastbound on Broadway near the Williamsburg Bridge when she was run over by the driver of a gas tank truck on February 28th. After completing their investigation, the prosecutors said that they determined "there was no evidence to indicate that the driver, who continued his delivery route, was aware of what happened, which is the legal standard for a leaving the scene charge."

"We will continue to investigate every traffic fatality in Brooklyn and will pursue criminal charges whenever they are supported by the evidence and the law," the statement continued.

Of the 19 cyclists killed on city streets this year—the highest total since Mayor Bill de Blasio launched the Vision Zero street safety initiative in 2014—14 of the deaths have come in Brooklyn. None of the drivers involved in the Brooklyn fatalities have faced criminal charges. (Two drivers have been charged in the deadly crashes that occurred outside the borough this year.)

"This is fucking crazy," said Shardy Nieves, a longtime bike messenger and close friend of Lawrence's. "I'm at a loss for words right now."

"It seems like no matter what you do in a car, you can kill anyone and it's considered an accident and you're not held accountable for your actions," he added. 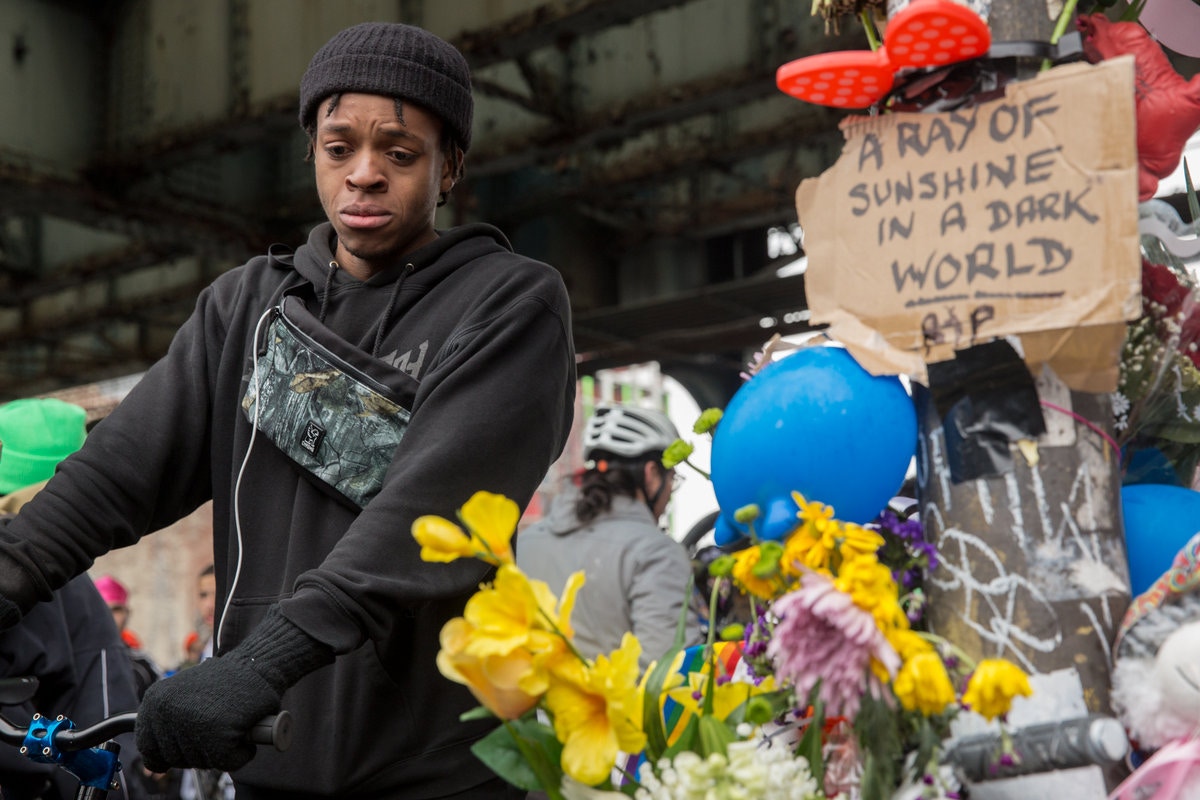 Streetsblog, which first reported the news, spoke with the victim's sister, Kathryn, who called the situation "absolutely outrageous." A attorney for the family, Steve Vaccaro, told the outlet that New York State law would allow prosecutors to charge the driver with manslaughter for recklessly causing the death of another human being, regardless of whether intent was established.

Another lawyer who frequently represents cyclists, Daniel Flanzig, told Gothamist there is a pattern of instances where the Brooklyn D.A. has declined to bring charges against motorists who kill cyclists. While the office decided not to charge the driver who fatally struck Matthew Brenner near the Manhattan Bridge in 2017, Flanzig ultimately found evidence that the operator was distracted by her GPS, compelling the DMV to revoke her license.

"There are a number of cases where the D.A. did not prosecute and did not find violations that [we found] after conducting our own investigation," said Flanzig. "I can tell you personally that they've dropped the ball."

A spokesperson for the D.A.'s office declined to share further details on the record about the investigation into Lawrence's death. Nieves said that he had doubts about the office's explanation that she simply fell off her bike because of a pothole.

"I understand things happen, but to say someone just fell into a crater like that—no, not from that caliber of rider. This is somebody who works on her bike through the worst weather. She has knowledge of the streets."

Lawrence's death, the first of two courier fatalities this year, sparked an outpouring of support from the bike messenger community, with friends remembering her as an infectiously warm presence, and "the glue that held a lot of people together."

"I've never seen a loss of one person have such an impact on the New York cycling community," said Flanzig. "The number of people who reached out to me after she died—it's amazing how far she reached and how much she was loved."

Nieves added that this year's cyclist death count has continued to leave the community shaken. "I've been a bike messenger for almost 10 years and I haven't seen anything like this, where so many people have lost their lives to careless driers and nothing is being done," he said.

A spokesperson for the Mayor's Office did not respond to a request for comment.