FBI: Cruise Disppearance "Does Not Suggest Crime" (So Far) 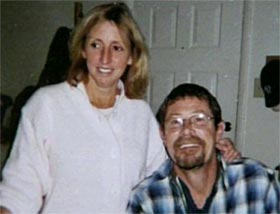 There are more answers and questions regarding the disappearance of a NJ woman from a cruise ship. The Norwegian Cruise Line company said surveillance videos show 46-year-old Mindy Jordan alone in her room and falling from her cabin's balcony, and the FBI said, "The information that we have acquired does not suggest a crime, but that is not definitive," and said it would continue with the investigation (the FBI did seize the cruise's railings).

Jordan's family is unconvinced by the cruise line's claims. Her mother, Louise Horton, told the AP "she doesn't believe the video shows exactly what happened leading up to the fall." Horton refused to be flown to Bermuda to watch the videos, preferring the footage be sent to her, but the cruise will not do that (NCL has turned the video over to the authorities).

Horton has accused Jordan's boyfriend Jorge Caputo of being abusive (apparently Jordan was trying to climb from their balcony to a neighboring balcony--where Caputo and and their friends were). Caputo allegedly called Horton to tell her that her daughter was missing on Sunday night--and then added he was continuing on with the NYC-to-Bermuda cruise. WCBS 2's Hazel Sanchez followed Caputo on his flight from Bermuda to Newark airport, but he did not have any comment. She did note he was reading a romance book called "Accidentally Yours" during the flight.