Father Remembers Heath Ledger "With His Skateboard, a Canvas Bag and His Beanie" 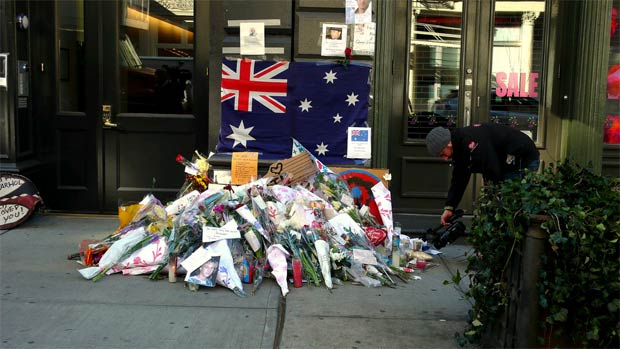 "Heath is, and always will be, an Australian.

"He adored his home.

"His last two weeks with us over Christmas in Perth were just bliss.

"Heath did not become an actor for the fame or fortune.

"He loved his craft and he loved helping his friends.

"He loved chess and skateboarding too.

"My image of Heath in New York is him with his skateboard, a canvas bag and his beanie.

A private memorial was held in Los Angeles yesterday; actress and former girlfriend Naomi Watts was among the mourners. Ledger will be buried in Perth, Australia. Ledger's ex-fiancee Michelle Williams and toddler daughter Matilda were seen leaving Brooklyn yesterday, seemingly to head to Los Angeles and later Australia for the memorial and burial services.

The Post continues to suggest that Ledger's masseuse acted improperly by calling Ledger's friend Mary-Kate Olsen before 911 and reports that Ledger's body "was still warm when paramedics were called" according to an EMS dispatch report. Police have said that Ledger was dead for two hours before being discovered by the masseuse. Still, an EMT who spoke to the Post said, "body temperature is crucial on emergency calls, but there are a lot of factors...It could mean his heart didn't stop that long ago, or it could mean he was under blankets that were retaining heat. It's very hard to say until you get there."

The Daily News looks at 421 Broome Street, where Ledger had been renting an apartment. The building's interiors were used in the film Music & Lyrics, a previous building owner was convicted on tax evasion charges, and a The Dust Exterminator Co. was once located there, back when it was full of businesses in the 1940s. And Australian outposts in NYC reflect on Ledger's death.