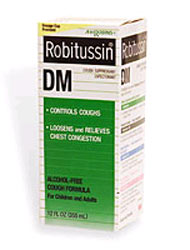 A bookkeeper for a Manhattan printing company pleaded not guilty to killing his 13-month-old daughter. Peter O'Keffe was arrested on Sunday after his wife returned to their Queens home after running errands on Saturday, to find their child unresponsive on the floor and her husband missing.

Prosecutors say that O'Keeffe hit the baby in order to make her stop crying. From the Queens DA's office:

According to statements made to police following his arrest, O’Keeffe admitted to having taken cold medication after his wife left to do some errands and that when Jessica began crying he lifted her out of the playpen and shook her before throwing her face down on the floor. O’Keeffe allegedly fled after turning Jessica’s body over and seeing blood coming from her head. He allegedly admitted not trying to help the baby because he thought she was dead. He allegedly then went to an ATM for cash and fled to Philadelphia. The following day he came back to New York and was arrested at his mother’s house in Brooklyn.

O'Keeffe reportedly told police that the Robitussin and herbal decongestants made him feel "strange and weird". The autopsy revealed the baby had "a fractured skull, head trauma, human bite marks to her right arm and multiple bruises."

DA Richard Brown said, "This helpless, innocent child was relying on her father to care for Instead he allegedly beat her senseless and left her alone to die. The defendant was supposed to protect child, not harm her. This very disturbing case will be prosecuted to the fullest extent of the law.” O'Keeffe's lawyer says that there is a history of mental illness is in the family. O'Keeffe, who faces life in prison, was held without bail and put on suicide watch.