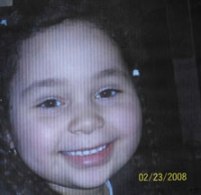 Michelle Gochenaur, the biological mother of the child who died after an overdose of the painkiller fentanyl administered by her foster mother, is suing the City for $50 million.

The notice of claim against the City cites "negligent supervision of the foster home... failure to provide the infant with a safe environment, negligent selection and placement" as contributing to the death. Mayor Bloomberg said the other day that ACS should not be blamed, because there was no reason to remove Webster from Alvarez's home, but Gochenauer's lawyer said suits will also be filed against the Administration for Children's Services and foster care placement agency.

Gochenaur is currently a child care worker in Lancaster PA; she abandoned Taylor when the girl was 18 months old and has been in trouble with the law for theft and check forgery. And today, Alvarez, who was charged with criminally negligent homicide, is waiting to hear the grand jury's indictment. Some neighbors suspected she was using narcotics to keep her many children quiet.

#ACS
#fentanyl
#joanne alvarez
#lawsuit
#michelle gochenauer
#patch
#taylor webster
Do you know the scoop? Comment below or Send us a Tip