Famous, Decrepit Building Must Be Repaired 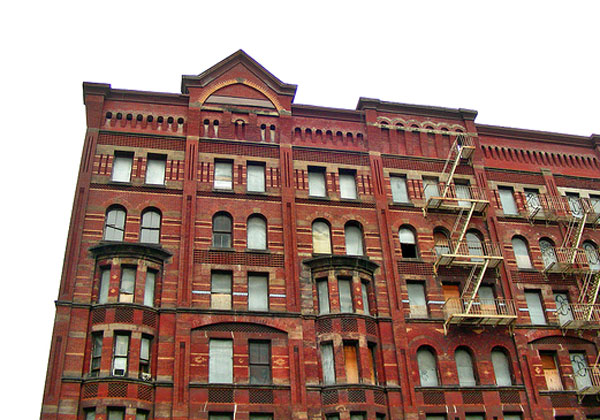 A judge ordered that the second-oldest apartment building in New York City must be repaired by its owners. The Windermere, at West 57th Street and Ninth Avenue, has been the scene of of landlord and tenant struggles and evacuations as the fire department has found its conditions unsafe.

The NY Times reports that Judge Karen Smith ordered "the permanent repair and restoration" of the building. The Windermere was landmarked in 2005 (PDF), and owners of landmarked buildings are required to keep them in good shape (sometimes owners rebel). However, owner Toa Construction did not, and the city sued the company in March.

The city will determine what needs to be fixed and Landmarks Preservation Commission chair Robert Tierney told the Times, "The Windermere is an invaluable part of the city’s heritage and now will remain so for future generations." And the New York Landmarks Conservancy describes the merits of the Windermere:

Built in 1881, the Windermere was the pinnacle of Manhattan apartment and social life in its prime. The second-oldest large apartment building in all the boroughs, its exterior boasts intricate brickwork and three-story bow-front windows, and when it opened its doors, its interior featured engraved marble fireplaces, mirrored parlor walls, carved hazlewood moldings and parquet floors that since have been lost to years of water damage and neglect. Now, the Windermere's base has remained under scaffolding and most of its 169 street-side windows have been covered for years.

#landmark
#lawsuit
#manhattan
#real estate
#windermere
Do you know the scoop? Comment below or Send us a Tip