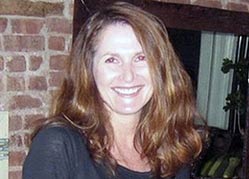 The family of Carol Ann Gotbaum wants answers about the 45-year-old Manhattan resident's death while in police custody at Phoenix's Sky Harbor Airport last Friday. Public Advocate Betsy Gotbaum, who was Gotbaum's stepmother-in-law, said, "We are not jumping to any conclusions, but the circumstances surrounding Carol's death appear to be unusual enough to raise serious questions and warrant a thorough investigation."

The mother of three was scheduled for a connection to Tucson, where she was to check herself into alcohol rehabilitation. When she arrived at the gate, the flight was closed - Gotbaum had gone to lunch and missed the boarding cut-off time, which is 15-minutes before the flight. She was booked onto another flight, but representatives of the airline (Mesa Airways which works with US Air) said that Gotbaum was very upset and that they were unable to calm her down, so they called security. When police approached her, she was heard saying, "I'm not a terrorist! I'm a sick mom! I need help!" and was seen punching and kicking at the officers. She was then taken to a police holding cell at the airport and died about thirty minutes later, seemingly strangling herself with her handcuffs. From the Daily News:

Phoenix Police Department spokesman Sgt. Andy Hill said Gotbaum was left unsupervised only between five and 10 minutes. He described the shackles as a 16-inch long chain, which when attached to handcuffs, is about 24 inches long.

"We still do not know how Ms. Gotbaum was able to manipulate the handcuffs to the position she was in. But when she was found, her handcuffs were in front and the shackle was still attached to her handcuffs. The chain was not wrapped around her neck. It was pulled against the front of her neck area," Hill said.

That explanation did not float with the lawyer hired by the Gotbaum family; Michael Manning told the Post, "Are you kidding me? You really think it happened this way?" The lawyer added, "This is both shocking and disturbing... You don't do this with a woman as slight of build as her and who was emotionally distraught. You don't put someone in a choke hold, you don't handcuff them, you don't shackle her to a bench, and you sure don't leave them alone."

The Post also reports that Gotbaum was "emotionally volatile" for years. A police report from November 2006 noted cops responded to a 44-year-old woman who tried to overdose on pills in their West 95th Street home and that recently Gotbaum "tried to kill herself in an unknown manner."

Gotbaum's autopsy was postponed until today, because the family requested an independent pathologist to be present. Sources told the Daily News the preliminary cause is "positional asphyxiation." The Phoenix police are also reviewing surveillance tapes from the concourse.

And Slate's Explainer looks at whether it's possible to strangle yourself with a pair of handcuffs (apparently it is).