The disturbed man who assassinated two police officers in their squad car in Brooklyn on Saturday left a trail of social media threats, firearm arrests, and violence. According to NBC, 28-year-old gunman Ismaaiyl Brinsley's mother and sister "told the NYPD that he was a violent person and that they were afraid of him."

The Times talked to a woman identified as Brinsley's sister yesterday; she said she had not seen him in two years, and could not recall hearing her brother express anger at police officers before.

"His latest residence, as best we can determine, is Georgia, but he's an individual who appears to move around," Police Commissioner Bratton said at a press conference last night. "He's got a girlfriend in Baltimore, he comes to New York to murder two police officers, he does have some connectivity to Brooklyn, but I won't go into the specifics of that now." According to the News, Brinsley had a recent address on Eastern Parkway; NBC adds that cops believe his mother lives in Crown Heights, and he has an 11-month-old baby with a girlfriend who lived on Nostrand Avenue (it's unclear whether she moved from NYC though). 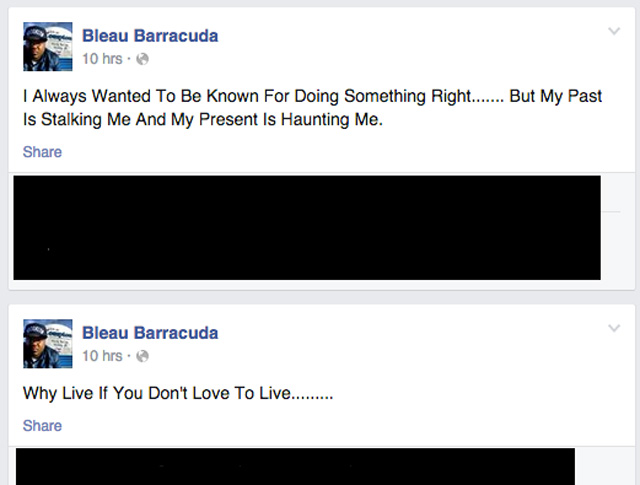 The two last messages Brinsley posted on his Facebook wall

Hours before fatally shooting Officers Wenjian Liu and Rafael Ramos, Brinsley shot and wounded an ex-girlfriend before 6 a.m. at an apartment in Owings Mills, Maryland, just outside of Baltimore. That 29-year-old woman, who was shot in the stomach, is expected to survive her injuries.

After shooting her, Brinsley stole the woman's phone, and started posting threats on his Facebook (see above) and Instagram accounts (see below). That included one message which read, "I'm Putting Wings On Pigs Today. They Take 1 Of Ours…..Let's Take 2 of Theirs #ShootThePolice #RIPErivGardner #RIPMikeBrown This May Be My Final Post." 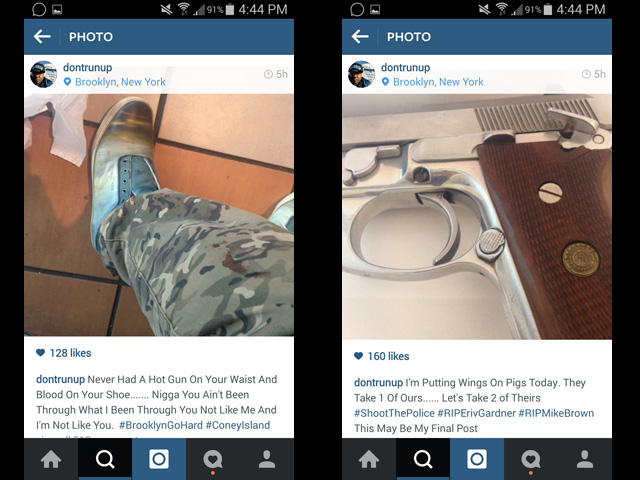 Baltimore County Police picked up on the social media postings, and faxed a "wanted" poster about the suspect to NYC police at around 2:45 p.m. on Saturday, exactly as the shooting was occurring. "The tragedy here is that just as the warning was coming in, the murder was occurring," Bratton said last night. A Baltimore County spokesperson added that officers tracking Brinsley's posts and the location of the cellphone notified the NYPD's 70th Precinct of the threats against officers in a phone call at 2:10 p.m. 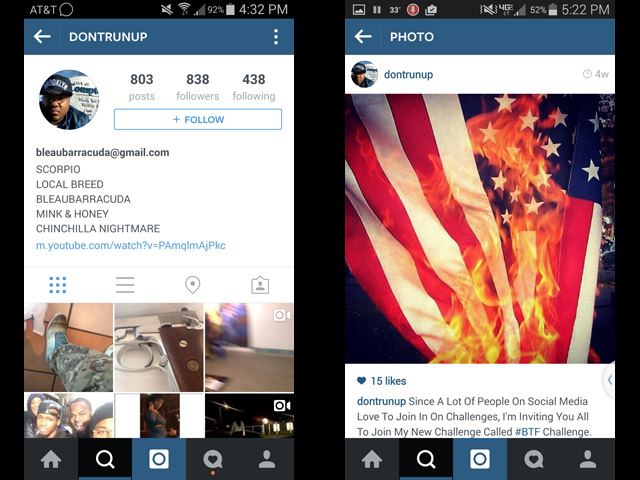 Brinsley's Instagram, and a message he posted about burning the American flag from a few weeks ago

Brinsley was arrested at least nine times since 2004 on charges including simple battery, criminal trespassing, carrying a concealed weapon, obstruction of a law enforcement officer and shoplifting. He had previously been arrested on robbery charges in Ohio in 2009 and weapons possession in Georgia; he also was a suspect in a harassment case in NYC sometime around 2011. He was convicted of felony gun possession in Georgia around 2011 and sentenced to two years in prison.

Bratton said police would investigate whether Brinsley had been politically active in recent weeks, but so far, the motive for the murders was unclear and he did not appear to have any link "to any organized entity at this time." 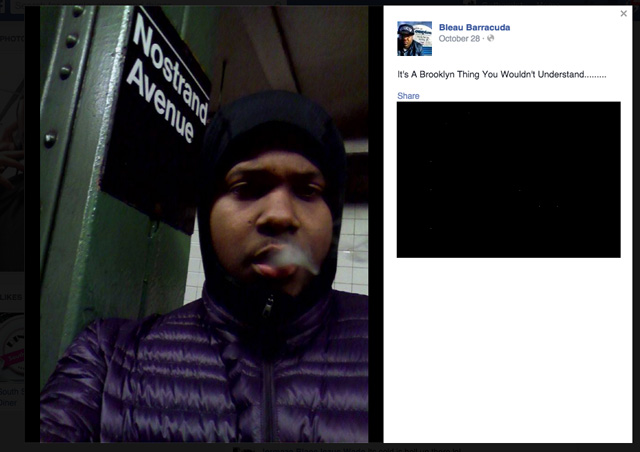 The News spoke with a friend of Brisley's who said he was shocked at the violence: "This would've never crossed my mind for him to do something like this," said Jay Romero, who had known Brisley for two years and spent a month with him last Christmas in Las Vegas. "It brought tears to my eyes. No human has the right to take any human's life, that's wrong. What he did was wrong, man. What he did is a cowardly move. I don't know what he went through, what was on his mind."

Romero added that Brinsley would often talk about his girlfriend in Baltimore: "He always talked about her, that she was the only girl he loved," said his friend.

"He's funny. He was very intelligent and smart. He was into fashion," Romero said, adding he would call him "Brooklyn." "He was very proud of being where he was from, Brooklyn."

#brooklyn shooting
#cops
#fatal shooting
#ismaaiyl brinsley
#nypd
Do you know the scoop? Comment below or Send us a Tip