Last night, concerned residents crowded into Community Board 7's meeting to discuss Upper West Side intersections where three people were killed within eight days of each other. Two were killed at or near Broadway and West 96th Street, while nine-year-old Cooper Stock was killed by a taxi driver at West 97th Street and West End Avenue. Cooper's uncle Barron Lerner read a statement from the family, which said, in part, "We beg you: please do not let politics, bureaucracy and interest group squabbling prevent meaningful reform in the name of Cooper and the other innocent victims of reckless and carless drivers."

The audience included elected officials like City Council Members Mark Levine and Helen Rosenthal, Assemblyman Daniel O'Donnell and Manhattan Borough President Gale Brewer, representatives from City Comptroller (and Upper West Sider) Scott Stringer's and City Council Transportation chair Ydanis Rodriguez's office, members of the NYPD's 24th Precinct, and DOT officials. The DOT was there to discuss their proposal to adjust the traffic pattern at Broadway and West 96th, but also explained what they have done and are doing to address issues at West End Avenue and West 97th Street. 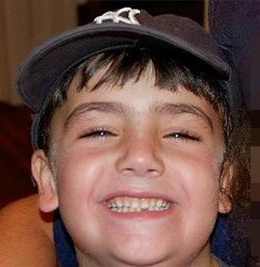 Cooper was holding his father's father hand as they walked on West 97th Street, crossing West End Avenue in the crosswalk, just after 9 p.m. on Friday, January 10. They had the light and were heading westbound when a taxi driver, also going west on 97th, made a left turn onto West End Avenue. Cooper was crushed by the car's wheels while his father suffered minor injuries.

Since then, the DOT increased the "lead pedestrian interval" time from 6 seconds to 12 seconds. It will also be adding yield to pedestrian signage (a resident put up small, homemade signs) as well as removing three parking spaces from the south side to increase visibility. The DOT also noted that the lights from Amsterdam going all the way west to Riverside Drive are green at the same time—turning the street into what Levine called the Grand Prix—and that they'll be looking at adjusting the timing.

Lerner, a doctor and professor of medicine and population health at NYU, said, "We are so glad that local activists, the DOT and the Transportation Committee are all trying to fix this urgent and terrible problem." He also emphasized that people shouldn't blame pedestrians and cyclists for collisions. Here's video and text of his statement:

Cooper Stock's uncle Barron Lerner speaks to Community Board 7 from Gothamist on Vimeo.

The Lerner and Stock families are grateful for this opportunity to speak in the wake of Cooper's tragic and unnecessary death. We are so glad that local activists, the DOT and the Transportation Committee are all trying to fix this urgent and terrible problem.

I would like to spend my two minutes mentioning two concerns that our families have.

First, we are worried—when we read comments on the Internet—that the issues of bicyclist and pedestrian behaviors are clouding the major problem at hand. While we are all for interventions that get cyclists and walkers to follow the law, the fact is that cyclists and walkers do not kill innocent people crossing the street legally. Cars driven by reckless and distracted drivers do. Let's not lose sight of what the urgent public health issues here is.

Second, we have heard a lot of discussion, albeit it secondhand, about potential barriers that have prevented major reform. The fact that plans drawn up by citizen activists around 2009 to fix the traffic problems around 96th and Broadway were apparently ignored makes us sick. Similar, discussions of how city officials may be reluctant to challenge Albany about new laws and how local officials may be beholden to the interest groups like the TLC are profoundly disturbing.

We loved Cooper so much and miss him beyond words. He was the happiest person in the history of either of our families and he was killed at age 9. We beg you: please do not let politics, bureaucracy and interest group squabbling prevent meaningful reform in the name of Cooper and the other innocent victims of reckless and carless drivers. Amidst their agony, the only solace my sister, brother-in-law and niece have is the hope that others need not die like Cooper did. Please do not take that dream away from them.

Thank you again for your concern and efforts.

Many residents living at West End Avenue and West 97th Street are demanding more traffic changes. Mark Ozer, who lives in the same building as Cooper's family, noted how he had just crossed the same street just 15 minutes earlier with his own nine-year-old, before Cooper and his father did, "I was on my living room couch when I heard the screams."

Cooper's family has previously said, "We cannot even find in our hearts at this time to feel anger toward the cab driver, who we know must be suffering too."

#community board 7
#Cooper Stock
#department of transportation
#pedestrian fatality
#Upper West Side
#vision zero
#West End Avenue
#yield to pedestrian
#original
Do you know the scoop? Comment below or Send us a Tip