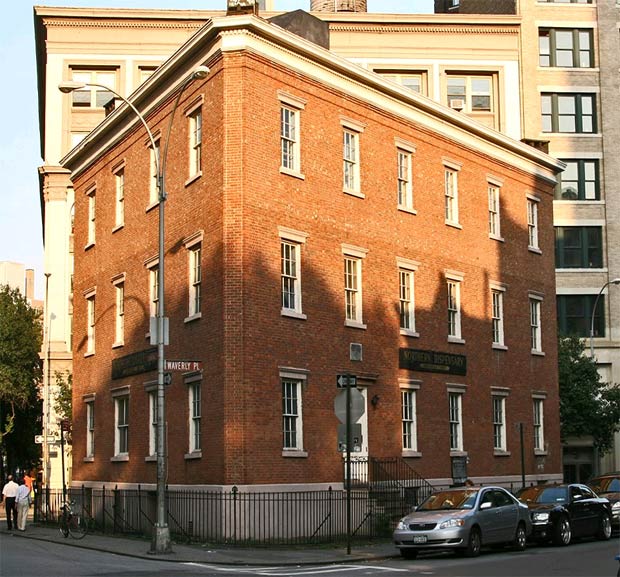 When William Gottlieb died in 1999, he left behind an estate worth hundreds of millions (if not near a billion) that included over a hundred buildings, many in Greenwich Village and the Meatpacking district. His sister Mollie Bender was the sole beneficiary of his will, and with her recent death, her daughter is now fighting with her brother for control of the estate.

Cheryl Dier and her son Michael Corbett argue that many of the buildings now owned and managed by William Gottlieb Real Estate have fallen into disrepair under her mother and brother's care. Dier also says that her brother Neil Bender "influenced" their mother to disinherit her. Corbett told the Daily News, "Many of these buildings today are not up to code, the Northern Dispensary should never again be an eyesore to the community. This heated battle should have been averted. Uncle Billy and Grandma Mollie both wanted the family to be together."

Corbett says he had worked for Gottlieb before his death, but then his uncle Neal Bender pushed him out. He filed a lawsuit in New York Surrogate Court and says he wants to make sure the buildings are preserved and are not sold to developers. In fact, his lawyer offered this tidbit to AMNY: "There are a hundred different creative ways to use these properties so that they are preserved and that they serve the community" - like low-cost housing for NYU students.

Gottlieb was an eccentric character. From a 1999 Observer article:

With Gottlieb gone, cheesy high-rises and carports could replace historic brownstones and cobbled stone streets. The historic buildings that he preserved out of sheer neglect might be transformed into ritzy monstrosities, more Upper East Side than Lower West Side.

That would be a sorry legacy for Gottlieb, who was a fixture on those downtown streets, surveying the many brownstones and warehouses he owned from an old station wagon with busted windows and doors held on with ropes. In his standard T-shirt and crumpled khakis, Gottlieb toted his important papers around in worn plastic shopping bags and conducted his business meetings with contractors, potential tenants and lawyers in neighborhood diners.

His headquarters was a two-room walk-up on Hudson Street. That's where tenants and potential tenants would find him and Mrs. Bender amid creaky metal desks buried beneath mountains of papers, frayed rugs and an old-fangled punch time clock.

Andrew Berman of the Greenwich Village Society for Historic Preservation told the News, "Yes, there have been some serious concerns about the possible deterioration of some very important historic buildings that the Gottliebs owned. But there has also been some renovation and rehabilitation work being done to restore the buildings."
The Northern Dispensary, one of the buildings owned by Gottlieb, is on Waverly Place. New York Daily Photo took this photograph last year and wrote, "It is remarkable for having been continuously operated since 1827 as a public clinic - Edgar Allen Poe was treated here at no charge for a cold in 1937. It is also unique in that it has one side on two streets (Grove meets Christopher) and two sides on streets with the same name - where Waverly meets Waverly (click here for photo)." And there's this story about the building at Mr. Beller's Neighborhood.