I know it's early to bombard you with everyone's favorite—I would say underused?—phrase, FAKE NEWS, but: The Columbia Journalism Review invites you to stare into the abyss with a trip to its fake news stand, on display in Bryant Park until 2 p.m. today. Why? Because in one tidy visual assault, you will experience all the erroneous stories, the conspiracy theories, the frankly dangerous pieces of propaganda that have snaked their way into our mainstream news cycle these past few years, and appreciate the pernicious nature of the problem.

All your faves are here: That story circulating about a toddler fight club run by daycare workers in any number of different states, splashed across a fake tabloid; some nonsense about Hillary Clinton commanding the FBI to deliver uranium to the Russians, and about an "illegal immigrant" casting not one but five ballots in her favor; an NY Post mockup warning against the Dems' plan to force good, God-fearing Christians to identify themselves with "scarlet cross" badges; a New York magazine-style cover announcing Texas's induction as a Mexican state. Confronted with this little shop of horrors, all I can really think to say is TRIGGER WARNING! And also, that there's value to it. 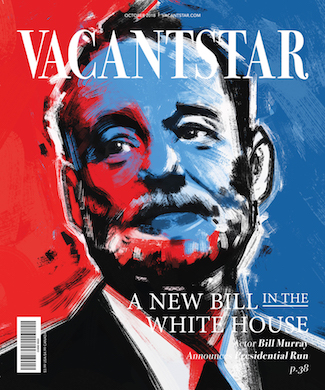 Bill Murray: Not launching a presidential bid. (Courtesy of the Columbia Journalism Review)

The CJR did not construct its fake news stand to scare you—well, maybe just a little, as long as The Fear propels you to your polling site on November 6th. Rather, through its use of real "false stories taken from the Internet," it aims to highlight the sneaky way in which utter bullshit has degraded legitimate discourse, and how difficult it can be to tell the difference between what's real and what's not.

"We embarked on this initiative to help people spot disinformation," Kyle Pope, editor and publisher of the CJR, said in a press release. Translating fake stories that exploded online to the "physical space," placing them in an authentic news setting, "makes these stories tangible in a way that forces you to think about the source of the information."

To that end, the CJR—the foremost publication reporting on the journalism industry—included a lesson on spotting fake news in its installation, on view at the corner of 42nd Street and 6th Avenue today only. "Misinformation is being created and distributed with the intention to mislead you," read the inside of CJR's hoax mags. "Misinformation erodes the public's trust. It makes all news suspect. Even factual, diligent reporting." 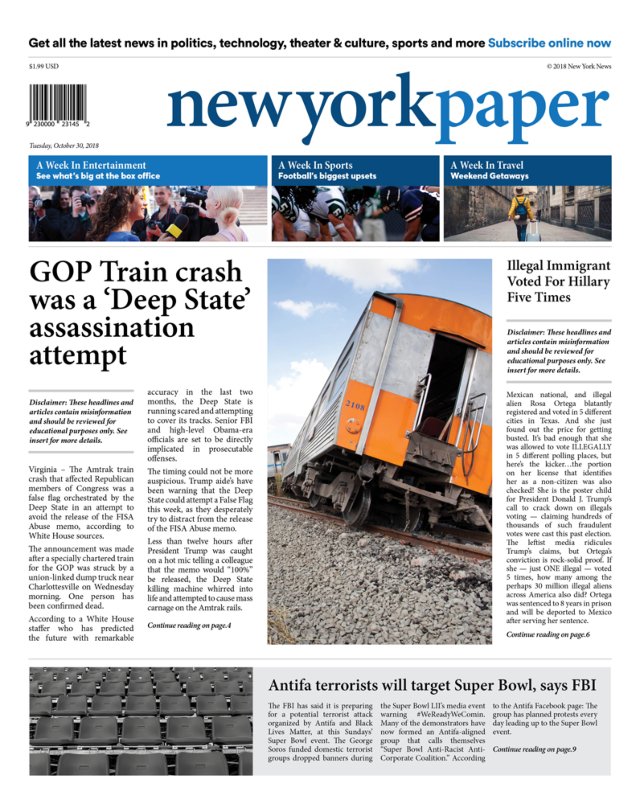 In order to identify fake news, CJR advises, first suspend your emotional kneejerk reaction, acknowledge your personal bias, and consider the source: Did you find this story on a news outlet, and if so, which one? Is it labeled opinion, or do you see a "satire" tag anywhere? Can you fact check the existence and credentials of its reporter, and if so, do they traffic in conspiracy theories? Then, think about the content: Are you being barraged with an overtly partisan message, or do you read the writer's ALL CAPS TYPEFACE AS SCREAMING SOMETHING AT YOU? Can you trace the story back to an original source, and can you corroborate its contents with info from other, reputable media outlets? What reputation does the original source hold? 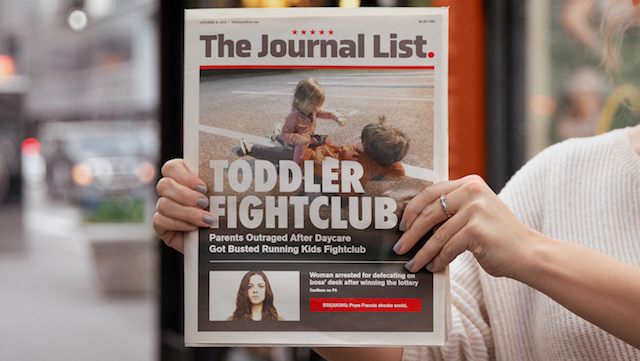 These are important questions to ask ourselves in an age when fake stories have been proven to beat out the truth in readers' minds, especially when circulated widely online. We know this pattern has real consequences: A lone gunman driving to Washington, D.C. to shoot up a pizza parlor; a series of pipe bombs mailed to prominent Democrats; 11 people dead after an anti-Semitic gunman, motivated by panic Trump cultivated around the migrant caravan and looking for a scapegoat, opened fire on a Pittsburgh synagogue.

As we head into the midterm elections, and as our president continues to brandish alarmist lies as a means of catalyzing his base, it has never been more important to know the difference between fact and fiction, something that—as the CJR points out—only 30 percent of U.S. adults can do. So maybe take a field trip to the fake newsstand today, and test your skills. Are Hollywood elites really using baby blood to get high? Just because it sounds true doesn't mean it is. 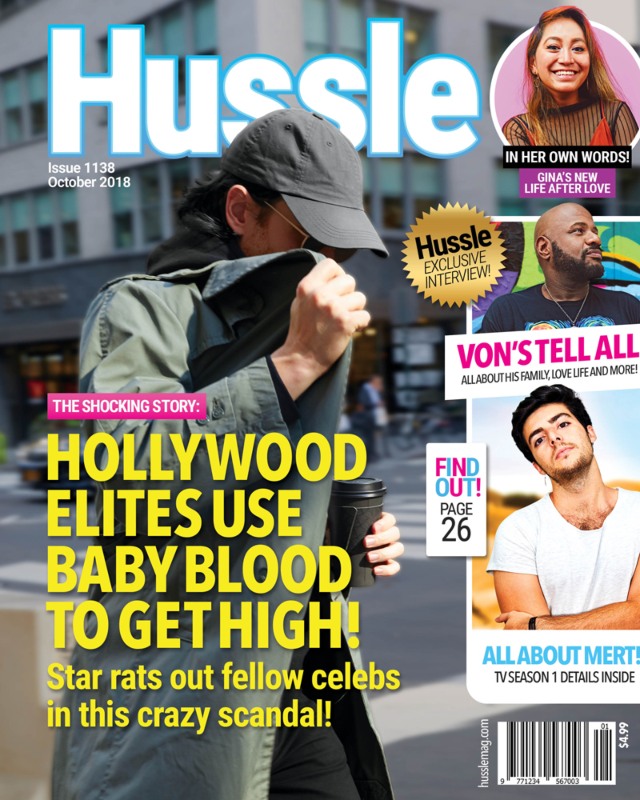