Police are looking for a man accused of stabbing a subway rider on Wednesday afternoon.

The incident took place on a Queens-bound F train on September 26th. According to the NYPD, while the train was at the Queens Boulevard and 75 Avenue station, the victim, a 49-year-old man, was stabbed in the chest and leg following a verbal dispute with the suspect.

Sources tell Gothamist that the suspect had bumped into a woman, which started the argument. WABC 7 reports that the victim "tried to step in-between a man and a woman who were arguing."

The assailant fled at the 75 Avenue station, while the victim was taken to Jamaica Hospital for treatment. 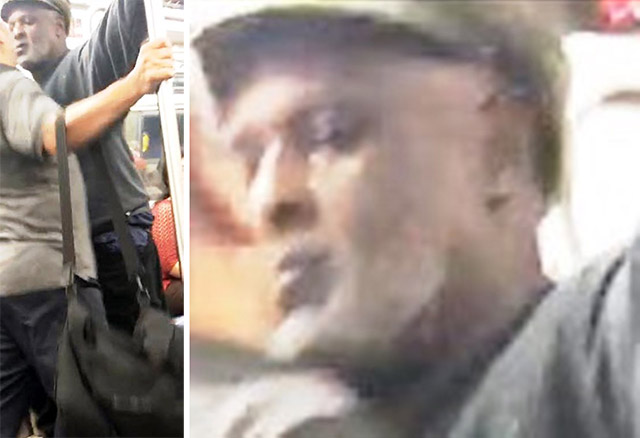 A witness on the train took photographs of the suspect, who is described as being about 45 years old, 6'0" tall, and 220 pounds, with brown eyes, medium build and a grey beard. He was last seen wearing black pants, a grey sweatshirt, black sneakers and a tan cap.

Anyone with information regarding this incident is asked to call the NYPD's Crime Stoppers Hotline at 1-800-577-TIPS (8477) or for Spanish, 1-888-57-PISTA (74782). The public can also submit their tips by logging onto the Crime stoppers website at WWW.NYPDCRIMESTOPPERS.COM or by texting their tips to 274637 (CRIMES) then enter TIP577.