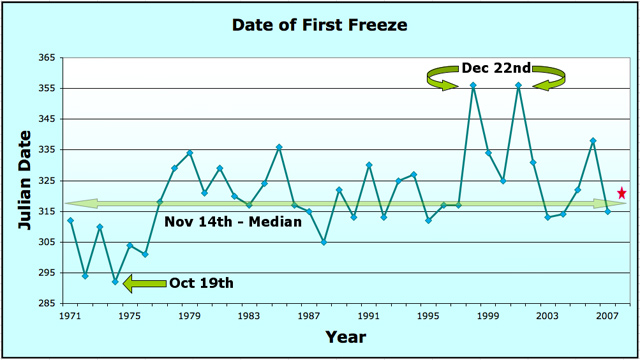 There's enough weather on tap this week for us to hold on to our hats, both literally and figuratively. An Alberta Clipper will pass south of the city today, transforming into a coastal storm overnight before returning tomorrow. Arctic air will quickly follow the coastal storm and another Alberta Clipper is expected to zip through the area on Thursday.

Early sun today will give way to increasing clouds this afternoon. The high will be about 45. Brisk tonight with a slight chance of rain or snow after midnight. The precipitation is the gasping last breath of lake effect snow falling to the lee of the Great Lakes. If you stay up late maybe you'll see a flake or two. Breezy and becoming breezier tomorrow with a high of 40 degrees. If tonight's low doesn't go below freezing, tomorrow night's most certainly will. The low Wednesday morning will be in the mid 20s. The remainder of Wednesday will be sunny, windy, and cold, high only in the upper 30s. A better chance of snow arrives with the next clipper on Thursday. Clear skies and slightly warmer weather should arrive on Friday.

Since the first freeze of the season will be tonight or tomorrow we were inspired to look at when that first freeze normally occurs. Since 1971 (that's all the data we have), the first day the temperature falls to 32 degrees or below in Central Park has ranged from mid-October to late-December. More than half the first freeze days, however, have happened in a short window of twelve days between November 8th and 19th. Eyeballing the graph it might be tempting to think there's a trend toward later first freeze dates. Resist the temptation! That's a perception problem arising from a short time series having two early dates on the left and two late dates on the right. If you threw out the extremes like you were scoring a figure skater the trend disappears.