After a tense couple of days in which the world expected everyone involved with the Matt Harvey migraine saga to continue Metsing things up (i.e. acting in ways that only make sense to people who have been burned in a massive Ponzi scheme), Matt Harvey apologized to his teammates for not focusing on baseball. All in all, it was a very normal ending to the headache. And now new information has come to light which makes Matt Harvey look less like a dumdum: a new report says that he was letting his life fall apart over a breakup. Who among us cannot relate??? 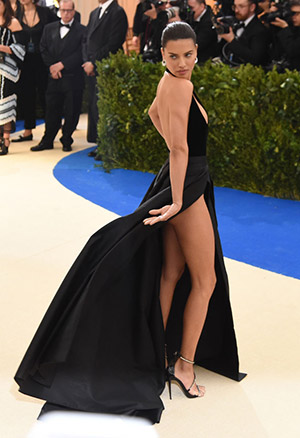 Harvey was reportedly struck with a case of the heartbreak blues after seeing pictures of Lima and Edelman at Rihanna's Met Gala afterparty "having the time of their lives." Lima also apparently unfollowed him on Instagram immediately after the party as well. While things might have just ended at Harvey getting drunk on Friday, Lima apparently called him while he was playing that fateful Saturday morning golf game and the two had a chat that just gave him an even larger case of the sads.

While Harvey's preferred way of getting over an ex (getting drunk at 1OAK with his bros who are probably all named Smitty) differs slightly from say, mine (getting drunk at Do or Dive and falling asleep on the couch with the lights on), this is a kind of humanizing moment for him. Plus, it's all easier to take because despite the craziness off the field, the Mets have quietly averaged 7 runs per game over their last 11 games during which they've gone 8-3 and clawed their way back to .500.

Still, it's undeniable that Harvey will probably need some support in the next couple of months to keep from backsliding. He'll need someone not named Smitty, someone who won't be tempted by the bright lights and many distractions of the big city, and whose familiarity with any "oak" only extends to discussions of the type of wood that Jesus's cross was made of. If only the Mets had that kind of leader in their organization...wait...hold on... 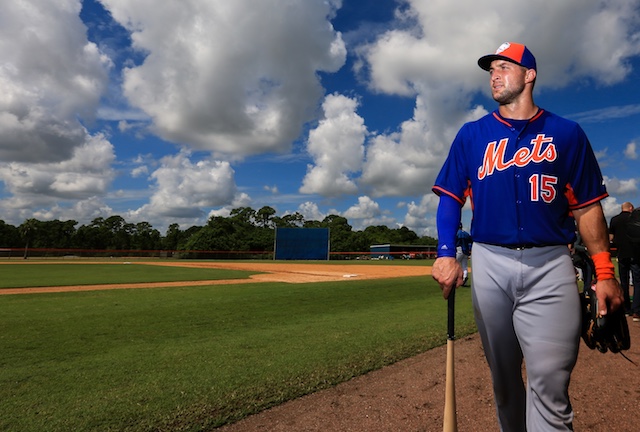 He is risen (from the minors)! (Rob Foldy/Getty Images)

#i have been there
#matt harvey
#mets
#new york mets
Do you know the scoop? Comment below or Send us a Tip