Executive Search Committee for the Next Mayor 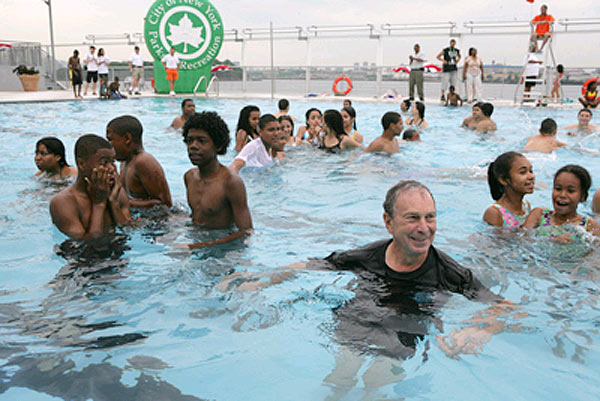 Titans of industry are working to find a suitable mayoral candidate in a similar vein as Mayor Michael Bloomberg, according to the NY Times. The Times even calls the executives ("some of New York’s most influential business leaders: Martin Lipton, a founding partner of the law firm Wachtell, Lipton, Rosen & Katz; the financier Steven Rattner; and Jerry I. Speyer, chairman of the developer Tishman Speyer") "desperate"--Mayor B ought to feel very flattered that he's so beloved amongst his peers!

So far, the name most bandied about is Time Warner chairman Richard Parsons, who has not expressed interest. The business leaders' interest in a like-minded candidate is self-serving, of course, since the current Mayor is considered very friendly with corporations. While many do like Bloomberg's distaste for partisanship, a downside of a rich leader is perhaps a lack of empathy for the every person.

Bloomberg has been investigating how city residents feel about repealing term limits, though he still claims he's going to leave public office after his term ends in 2009. For what it's worth, Donald Trump told the Times is all about removing term limits, “I have absolutely heard that there would be a positive response — and a movement — to keep him in office after this term ends.”

#business leader
#election 2009
#mayor bloomberg
#politics
#poll
#term limits
Do you know the scoop? Comment below or Send us a Tip