A former WeWork employee alleges that the start-up's pervasive "frat-boy culture" fed a toxic environment that enabled sexual misconduct and punished employees for coming forward. Ruby Anaya filed a lawsuit against the coworking company in Manhattan Supreme Court on Thursday, outlining two incidents—incidents she contends the company ignored—in which she says male coworkers touched her inappropriately.

"The sexual harassment and assaults of [Anaya] did not happen in a vacuum," her lawsuit alleges, according to court papers obtained by NBC. "They are product in part of the entitled, frat-boy culture that permeates WeWork from the top down."

WeWork hired Anaya as the technology department's director of product management in 2014, and in 2017, she became the company's director of culture. From the beginning, though, WeWork's culture seemed to emphasize informality and alcohol: Anaya says that, in her interview, WeWork co-founder Adam Neumann "plied" her with tequila shots. Further, her suit suggests, corporate events—obligatory weekly happy hours and mandatory, multi-day, all-staff meetings—heavily encourage employees to drink, with the implicit understanding that WeWork won't penalize them for bad behavior. 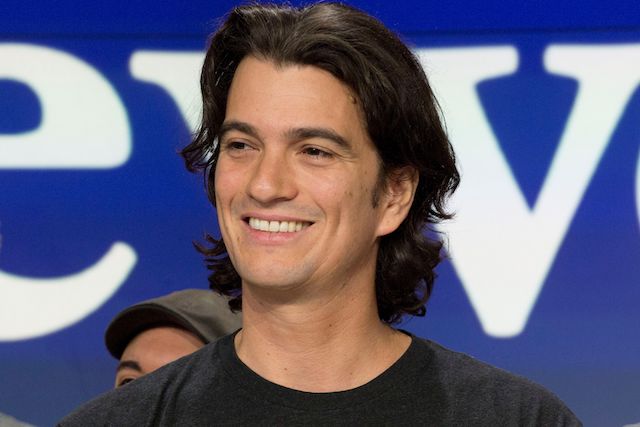 Indeed, Anaya alleges that when she attended the company's booze-fueled Summer Camp event in August 2017 (again, attendance is mandatory), another employee grabbed her from behind "in a sexual manner" as she was standing in a crowd. She pushed his hands off and firmly told him that touching a coworker that way was inappropriate, but he "just smiled and walked away." Aanaya says she reported the incident to HR, and a representative did talk to the groper about it, accepting his explanation that he had been "black-out drunk and had no recollection of the incident" without interviewing anyone else who saw what happened. That man still has a job at WeWork.

In January 2018, Anaya says a colleague forced himself on her in a similar context. She was attending the annual "Summit" meeting—a $20 million event the lawsuit describes as "a huge, three-day, alcohol- and drug-laden party for all employees of the company"—and was making her way from the stage through the drunken crowd when she tripped on one of her heels. She caught a man's shoulder to keep from falling, and quickly apologized, explaining the situation. In response, the lawsuit says, "The male employee grabbed her waist and pulled her body towards him," tightening his grip when she tried to get away. "He then forcibly kissed her, thrust his tongue in her mouth and refused to release her. Finally, [Anaya] was able to push him off her and slapped him. He just smiled at her." When Anaya told other employees what happened, one allegedly commented that "it's only a matter of time until someone gets raped" at a WeWork Summit.

Anaya alleges that she reported this incident to HR, too, and when she followed up after a month of silence, was told the company had "closed out" its inquest because the employee in question said he had no memory of the incident, but surely he would have if he had really been slapped. Anaya says she was made to understand that the man would not be disciplined because he was a "high-performer," and understandably became upset. According to the lawsuit, she then texted her supervisor, WeWork co-founder Miguel McKelvey, to let him know she felt "unsafe and unsupported" in the office. He allegedly never responded.

In a statement, WeWork strongly denied the allegations and criticized Anaya's work for the company:

"These claims against WeWork are meritless and we will fight this lawsuit. WeWork has always been committed to fostering an inclusive, supportive, and safe workplace. WeWork investigated this employee's complaints, took appropriate action, and this employee was terminated solely because of her poor performance. She received negative performance reviews, including one more than a year before she was terminated. She was rated as one of the lowest performers on her team, based on feedback from her peers and managers. Upon being terminated, she acknowledged her poor performance and that she hadn't been showing up to work regularly. She even expressed concerns about her performance to a colleague shortly before her termination."

Although Anaya said she had never received anything other than positive feedback for her work, the lawsuit says she was "railroaded," abruptly fired in August 2018 for "not showing up for her team." The company allegedly contrived a reason to do it—having a glass of wine during work hours—just before she became eligible to vest in a round of lucrative stock options, according to the suit.

Anaya's lawyer, Seth Rafkin, told NBC that companies usually alert employees when they're underperforming, giving them a set of explicit goals to meet. Rafkin stressed the suspicious timing: "Why did the decision to fire her come only after she complained again about a sexual assault and the way it was handled?"

Anaya is suing WeWork for back pay and lost wages, including the value of her stock options and benefits, along with damages for "emotional distress," and attorney's fees.

#sexual assault
#sexual harassment
#sexual misconduct
#wework
Do you know the scoop? Comment below or Send us a Tip