"Everybody Has Been Bought Off": Brewer, Neighbors Protest Imminent Rizzoli Bookstore Demolition

A coalition of preservationists and community leaders held a rally and press conference today in front of the soon-to-be-demolished Rizzoli Bookstore, which has already been defaced, at least on the outside, by the developers who hope to tear it down and put up more glassy condos. While the speakers, including Historic Districts Council Executive Director Simeon Bankoff, and members of Community Board 5, rallied for changes to future landmarks protection regulations, they admitted it is probably too late to save the bookstore's building and its two neighbors. This was not to the liking of some of the crowd, as rumors circulated about last-ditch lawsuits and an attempt to landmark the bookstore's interior.

Considering the buildings were first recommended for landmarking in 2007, Manhattan Borough President Gale Brewer, who led the proceedings, said it's "quite shocking" that there's been no hearing by the Landmarks Preservation Commission. Without action to protect landmarks and small business, she warned, "we will live in a uniform and sterile environment, an environment with no character, with no outlets for smaller retail stores and places of arts, letters, and culture." Why the future tense, Madam President?

Asked why the LPC declined to grant the famed bookstore landmark status, Director of Communications Damaris Olivo said "the Commission has already commemorated the importance of the piano industry to New York City through the designation of Steinway Hall, the Aeolian Building, and the Sohmer & Company Piano Factory Building in Queens," and that those sites provided "a better representation of the piano industry's historic significance to New York City." (The Rizzoli building was once a piano showroom.)

Left unaddressed in Olivo's response were the questions of the architectural, historic, and cultural significance of the building as it relates to 57th Street's history as a cultural center in New York (including Carnegie Hall a block away, which was itself almost demolished). 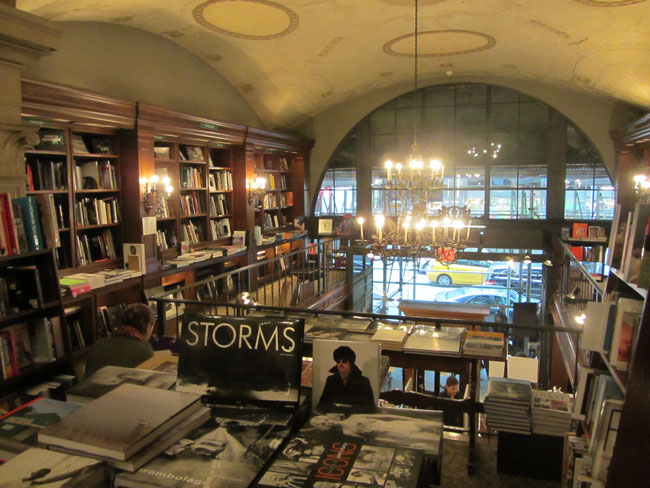 Brewer also called for reforms that would require the LPC to follow a "transparent and consistent" time frame in responding to requests for landmark designation. Any demolition permits for a building older than 50 years would trigger an automatic period of public comment; the LPC would be required to consider the comments and issue a decision within a consistent time frame.

Additionally, Brewer asked that "building owners and managers consider the special needs of bookstores and other small cultural businesses" when planning and leasing space. Asked how that might work, she mentioned using zoning restrictions and landmark designations as a way to instigate informal negotiations about what kind of space developers would make available.

While no bookstore employees would speak on the record, there were murmurs of plans to apply to landmark the bookstore's interior, an effort supported by this Change.org petition with over 15,000 signatures to date. One bookstore employee discussed potential lawsuits against the developer with Theodore Grunewald, a confrontational preservationist who has criticized renovations at Macy's, admissions policies at the Metropolitan Museum of Art, and the planned renovation/gutting of the New York Public Library, among other major projects.

Neighbor Isabel Madden, who said she's lived in the neighborhood for 37 years, appreciated Brewer's proposals but said it was not too late to write off the building, which will be demolished by the developer Vornado. "As long as it is here, doing nothing is not an option...This neighborhood has been taken over by Vornado and Extell, it's a disgrace. Everybody has been bought off." 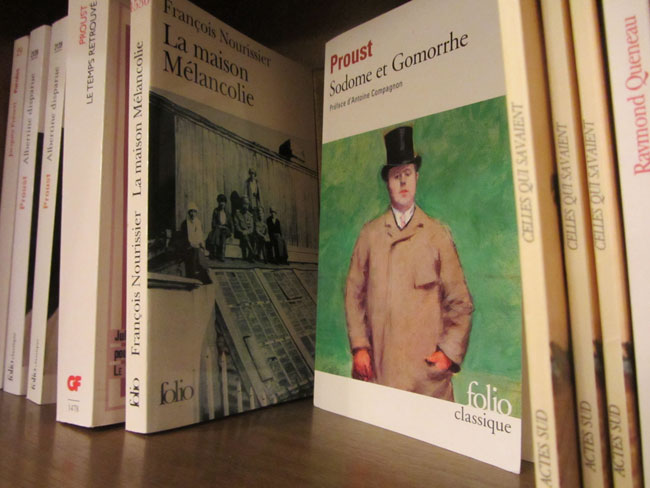 Books on the shelves. (Ben Miller/Gothamist)

The bookstore is slated to close April 11th, although employees say they'll reopen in another location nearby in the event that the demolition does in fact take place as planned. Until then, everything inside is 40% off—visit now, it could be your last chance.

#development
#Extell
#gale brewer
#real estate
#Rizzoli Bookstore
Do you know the scoop? Comment below or Send us a Tip