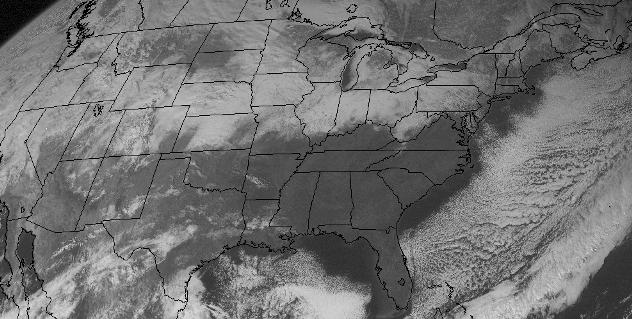 Last week Gothamist was in San Francisco for the third time this year. It was sunny and warm and we took an odd pleasure in watching the natives hustle about wearing wool hats and gloves. In our three trips to the west coast we managed to avoid the Valentine's Day snow storm, the April nor'easter and resultant flooding, and last week's snowy/icy/rainy pair of storms. We will leave it to our readers to decide if our timing was mere coincidence or meteorological perspicacity on our part.

The cold, windy weather was a shock to our system as we wandered out this morning. Wind gusts of over 50 miles an hour were recorded in Astoria, Far Rockaway and at IS 187 in Brooklyn between midnight and 4 a.m., pushing the wind chill into the single digits. The winds should calm down overnight as yesterday's storm moves far away and we come under the influence of a massive high pressure system that has brought freezing temperatures to the Gulf Coast. The high has already cleared up the skies. Without clouds, and with dew points dropping below ten degrees, the temperature will drop into the lower-20s by tomorrow morning.

Tomorrow should be mostly sunny, but we won't reach 40 degrees until Wednesday. There's a slight chance there will be a bit of snow changing to rain on Wednesday. Another clear day on Thursday currently looks like a borderline snow/rain day on Friday. Saturday, the winter solstice, is shaping up to be a mostly cloudy day with a high in the lower 40s. A white Christmas is not likely to happen.

Busy mid-afternoon satellite image, showing snow cover over the midwest, a line of lake effect snow from Lake Huron to the Catskills, and cold air forming clouds in the Atlantic, from the Space Science and Engineering Center at the University of Wisconsin.