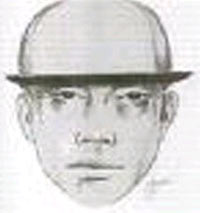 Early this morning, a 20-year-old woman was groped on East 9th Street. The victim told police she was followed into her building at 312 East 9th Street around 2AM; the attacker came up from behind. WABC 7 reports that after grabbing and groping the woman, the attacker fled the scene.

The suspect is described as a 20-something Hispanic man, around 5'9", with a stocky, muscular build. The police are investigating whether this attack is connected to other incidents in the East Village and Lower East Side. A 30-year-old was attacked on July 7, a 24-year-old on July 12, and this past Friday, a 33-year-old was grabbed (her neighbors encountered but were unsuccessful in detaining the attacker). All the attacks occurred in the early morning.

#bike
#Chinatown
#crime
#daily news
#east side
#east village
#Lower East
#Lower East Side
#news
#people
#police
#wabc
Do you know the scoop? Comment below or Send us a Tip
A new Gothamist is coming! We’ve moved comments over to our beta site. Click here to join the conversation and get a preview of our new website.