Yesterday, the FBI and NYPD were seen removing pieces of concrete from the basement of 127 Prince Street in SoHo, as they continue their investigation into the 1979 disappearance of six-year-old Etan Patz. The search was apparently spurred by comments from handyman Othniel Miller, now 75-years-old; he has hired a criminal defense lawyer who emphasized Miller was not involved: "Mr. Miller has been cooperating with this investigation for over 30 years. He has continued to cooperate on multiple occasions. And I am going to assist him in cooperating to the fullest extent possible."

Miller had a workshop in the basement of 127 Prince Street; on May 24, Miller had given Etan a dollar for some chores. The next day, May 25, 1979, Etan was walking by himself from his home at 113 Prince Street to his school bus stop on West Broadway when he disappeared. His body was never found, complicating efforts to charge the man who many believed was the prime suspect, Jose Ramos, a "drifter" who dated one of Etan's babysitters and who was arrested while allegedly trying to sexually assault some young blond boys.

DNAinfo reported yesterday: "Several weeks ago, the FBI interviewed Othniel Miller, 75, who once ran a woodworking shop at the Prince Street building. Miller made incriminating statements during that conversation, telling investigators 'what if the body had been moved,' sources said. Miller's name initially surfaced while the FBI was investigating the Patz case over the last several years and found that the basement had been redone around the same time the boy disappeared. Agents examined the address a few times, taking samples of chemicals and smells at the site, before bringing in a dog from Washington, D.C., that smelled a cadaver, sources said. They then approached Miller, who made the statement about the body to investigators." 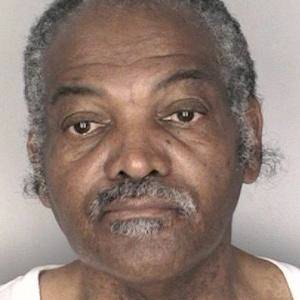 Today, the Post says: "The FBI got a warrant to dig up a SoHo basement near Etan Patz’s home after a stunning claim by the new suspect’s ex-wife — that he raped his young niece a few years after the boy’s 1979 disappearance... The woman told authorities she divorced Othniel Miller — whose Prince Street wood shop was steps from the Patzes’ home — in the mid-1980s after learning of the attack in the 10-year-old girl’s New Jersey home, a source said... A second source said the wife told authorities — referring to the Patz case — that Miller has been involved in 'a similar incident involving a relative.'"

However, the Daily News source says that Ramos, currently imprisoned for molesting boys in Pennsylvania (he's up for parole this year), is "still the guy." According to the News, "A pair of law enforcement sources said Friday it was unclear if there was a connection between the two men, who were both regulars in the SoHo neighborhood where the Patz family still lives. Ramos dated Etan’s baby-sitter, while Miller was the go-to guy for home repair in the neighborhood during the late 1970s — and Ramos may have done some work for Miller." Ramos was found responsible for Etan's death in a civil lawsuit in 2004. 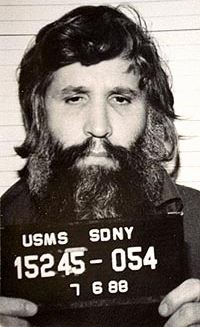 As to why the authorities renewed their look at 127 Prince Street, apparently investigators were looking at old files that "showed that a concrete floor in a building in SoHo where he once had a workshop — and that was on the route Etan took when he disappeared — had looked uneven or was not all the same color, a person briefed on the case said on Friday." Back then, Miller told investigators that he had poured a new floor, but, according to book about the case, he said if they ripped it up, someone would have to pay.

The NY Times reports, "Mr. Miller was not initially a suspect, the person said, in part because he told investigators that he had not been in SoHo the morning of May 25, 1979, when Etan vanished while walking from his home to a school bus stop. 'He said he wasn’t there; he had some sort of alibi, and it sort of checked out,' said the person, who spoke on the condition of anonymity because the investigation was continuing. That alibi was supported in part by a coworker, the person said." Other locals remembered Miller fondly and Miller's relatives point out that he has suffered a stroke and might not understand what's going on.

The FBI and NYPD are carefully removing the floor to look for "human remains, clothing or any personal effects," the NYPD has said. "There will be a systematic removal of things like drywall and eventually the digging up of the basement, digging up the concrete and getting to the dirt underneath, and a careful screening of that material." The space, which is 16' by 62', is being worked on around the clock. Dr. Lawrence Koblinsky, a forensic scientist from John Jay College of Criminal Justice, told the Post that while it's "questionable as to whether they will find anything, . . . with the dog alerting, the probability increases that this is a significant area... I think whoever did this, if that person buried the child, I don’t think they knew enough forensics to destroy the evidence. In addition to a body, there may be other trace evidence that still remains, even after 30 years."

Police Commissioner Ray Kelly didn't comment as to why the floor wasn't removed in the 1979 investigation but he did say, "We're hoping to bring some sense of closure to this case." The Daily News had a sad reference to the idea of closure: "The missing boy’s father, Stan, was spotted Friday taking pictures of the hectic scene from his fire escape." The Patzes never moved from their Prince Street loft or changed their phone number, in hopes Etan would come home one day. Etan was legally declared dead in 2001.