The engineer responsible for inspecting the building façade that crumbled and killed a 2-year-old girl on the Upper West Side this past May has been charged with falsifying his inspection.

The Department of Investigation found that Maqsood Faruqi, 55, filed a façade inspection report in 2011 stating that The Esplanade's façade at 305 West End Avenue was safe, when he never actually performed an inspection.

The DOI also found that the DOB failed to take action when a private building consultant notified it of The Esplanade's "scary" façade in October of 2014.

"I would get someone over pretty quick on this," the consultant wrote in his email. "[L]ooks scary...lets get it before winter sets in...the building is nursing home looks a little lower budget.”

After a chunk of the façade hit Greta Greene, 2, it caused brain damage that led to her death; her grandmother, 60-year-old Susan Frierson, sustained less serious injuries to her wrist and ankle.

At the time, the owners of The Esplanade were fined $7,500 for failing to perform necessary work on the façade. The DOI's report, released today, also alleges "widespread failures" by the Department of Buildings to enforce safety inspection laws.

During an interview with the DOI, Faruqi admitted to never having inspected the building, nor, as he claimed in his report, did he review maintenance reports or repair records for the façade. Meanwhile, D&N claims that Faruqi was not involved in the inspection.

If convicted, Faruqi will face up to four years in prison for offering a false instrument for filing, a Class E felony. 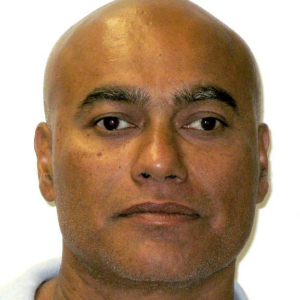 According to the report, rather than filing an "Inspection Request Form," as is protocol, the DOB staffer with whom the consultant was corresponding forwarded his email to Supervising Inspector.

The DOI's investigation found that the Supervising Inspector never opened or replied to that email, and so the terracotta continued to lose stability before falling on Greene and Frierson in May.

"Far too often, licensed professionals cut corners and break the law, which puts at risk the safety of others," said Manhattan DA Cyrus Vance, Jr. in a statement.

Roughly 1,000 buildings have failed to file façade inspection reports with the DOB, according to the DOI; 101 of those are City-owned buildings. Additionally, of the nearly 2,500 buildings that filed reports citing unsafe façades in February 2015, less than half have reported correcting the dangerous conditions.

The report deems the DOB's response here inadequate, and makes extensive policy and procedural recommendations. The DOB has not yet responded to our request for comment.

#DOB
#doi
#esplanade
#greta greene
Do you know the scoop? Comment below or Send us a Tip
A new Gothamist is coming! We’ve moved comments over to our beta site. Click here to join the conversation and get a preview of our new website.