End of the Line for NYC Transit Chief 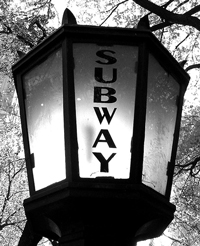 The New York Times has an interesting profile of the Senior Vice President for subways at NYC Transit, Michael Lombardi, who will retire next month after 45 years with the agency. He began working for the city making $2.63 an hour as a machinist's helper in 1962 and at the age of 18. He feels, along with many others, that his greatest contribution during his career was the work done to pull the subway system out of the slump it had fallen into in the 1970s and early 1980s.

Lombardi describes a time when maintenance was a foreign concept to NYC Transit. There was none, and train cars were simply run until they broke down, which they did frequently. “Nothing worked. The trains didn’t work, the doors didn’t work. They were always smoking, they were always on fire, they were always late. It was incredible. It was the worst subway in the world.” The next time you're stuck on a train, remember this statistic: in 1979, trains broke down on average every 4,800 miles traveled. Today they break down every 148,000 miles on average. It would be nice to see a similar improvement in service disruptions due to things like the system's electrical and plumbing infrastructures.

It might seem obvious, but Lombardi's idea to replace major components before they broke is described as transcendent and "extraordinary." He also helped develop a special paint that made it easier to wash graffiti off of subway cars. Two of his children work for NYC Transit, the same way he followed his father into the business. He jokes that he believes in "keeping nepotism in the family."

The subway was a different system back in the 1980s, when it was being photographed by Bruce Davidson.