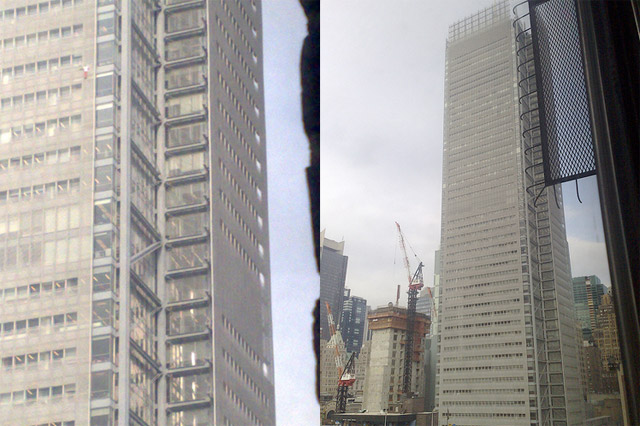 Photographs of the second climber by wubbahed on Flickr

Currently, there's another climber scaling the side of the New York Times Building on Eighth Avenue at 41st Street, and as one commenter said earlier, "Wait a minute, they put up a building that looks like a giant ladder, and somebody climbed it? Shocker." He/She is somewhere between the 20th and 30th floors.

Update 6:40 p.m.: The climber has been arrested and is in custody, after successfully scaling the building. Since the earlier climber will "likely face several criminal charges, including, at the least, reckless endangerment," we imagine this person will face the same.

Naturally, the CityRoom has the inside scoop, finding out that climber is Ray Clark, a 32-year-old "information technology worker and 'urban climber'" from Brooklyn: "He appeared to be going at a slower rate than Mr. Robert did, and to be less certain of his footing. Like Mr. Robert, the man was wearing no harness and no rope. "

The NY Times' official statements: "The two climbers are jeopardizing their safety and the safety of others. We are deeply concerned about this situation.”