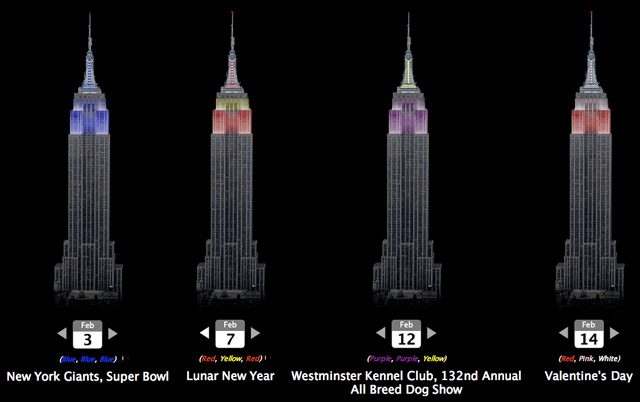 Johnson explains, "My apartment windows look out on the ESB. I'd notice crazy colors sometimes but I always forgot to look up reasoning behind the colors. Seeing it all purple and yellow this weekend was the last straw, so I whipped up the page and the dashboard widget. Now I feel like I have ESB super powers!"

Hoorah! And the purple and yellow was for the Westminster Kennel Club's dog show! The Empire State Building also states, "During spring and fall bird migration seasons and particularly on cloudy, humid and/or foggy nights, when large numbers of birds are seen flying near the building, the tower lights are turned off." If you're interested in the history of the ESB lights, look no further.