The New Yorker is celebrating the overturning of DOMA on their upcoming cover, which features Bert and Ernie's "moment of joy." The two Sesame Street puppets are pictured sharing a very human moment, cuddled up on a couch looking at the Supreme Court on their television screen—it's enough to make even the coldest heart melt. [Update: JK.]

Cover artist Jack Hunter submitted the image to a Tumblr, according to the publication—he wrote, “It’s amazing to witness how attitudes on gay rights have evolved in my lifetime. This is great for our kids, a moment we can all celebrate.”

Hunter actually created the cover last year for a contest, with President Obama on the television screen instead. At the time, he said, "While I’m certainly not the first person to speculate about Bert & Ernie’s more personal and private relationship, I thought they were well suited to represent how a lot of gay couples must have felt hearing Obama’s comments … after all, they’ve been together for almost 50 years … as 'just friends' or otherwise." 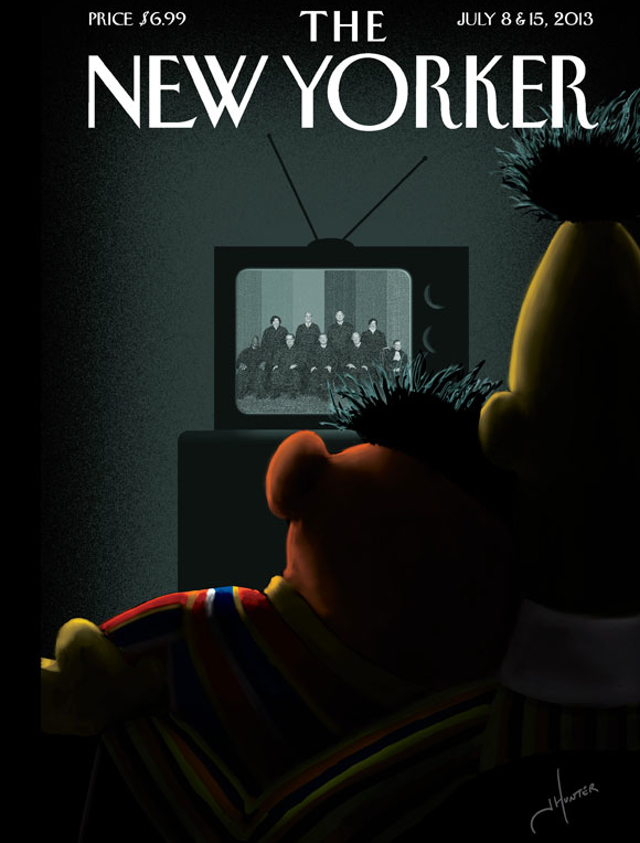