Mayor Marty Markowitz Does Have a Nice Ring to It 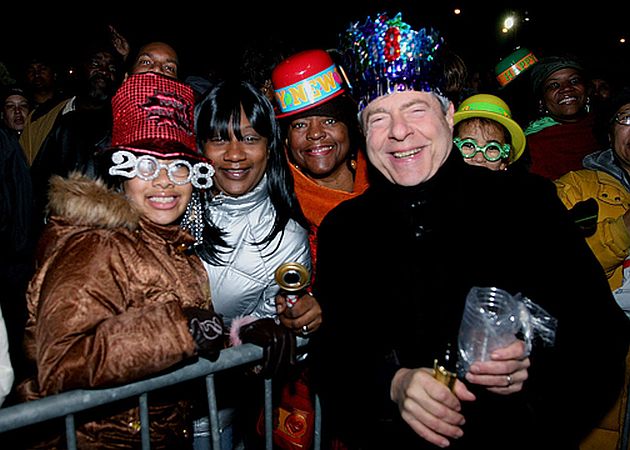 Take a good, long look New York: You could be staring into the squinty eyes of your future mayor. (Yes, the white dude on the right.) Brooklyn Borough President Marty Markowitz, who describes himself as “somewhat comical” [emphasis added] is on the verge of announcing his candidacy for mayor. Fuhgeddaboutit?

The Crown Heights native, who earned a B.A. at Brooklyn College after nine years of night school, has loudly occupied the largely ceremonial position of borough president since 2001, winning office in the aftermath of the World Trade Center attacks. Now he wants a real job, or so his wife thinks; she told the Daily News that he sounds like he’s going to run. Markowitz is still noncommittal, but he has been raising money off and on since 2006, despite a heart attack in June of that year. His website’s going to need some work, too.

Markowitz’s greatest liability here may be the very attribute that’s made him successful in local politics: an exaggerated, gregarious personality that’s enabled him to get voters’ attention with an endless array of publicity stunts. The question is whether anyone will really take him seriously on city-wide issues. After all, Markowitz himself told the Voice in 2001 that he had no ambition to run for mayor, because “then I'd have to deal with Staten Island. No way."

And while he’s done a lot to raise Brooklyn’s profile in the media, Markowitz has his share of critics who object to his support for developer Bruce Ratner’s Atlantic Yards project. He got into hot water for dismissing five members of Brooklyn's Community Board 6 who opposed the project, and appointed as the borough’s City Planning Commissioner a woman who had invested in Ratner’s move to buy the Nets.