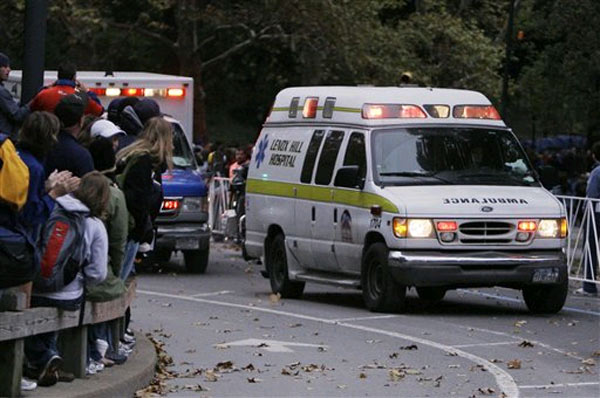 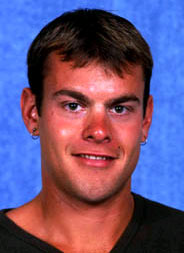 Yesterday, there was excitement over the U.S. Olympic Men's Marathon Trial being held in the heart of Manhattan and top three finishers Ryan Hall, Dathan Ritzenhein, and Brian Sell qualifying for the 2003 Olympic team. But the event was also tragic: 2003 U.S. Marathon champion Ryan Shay suffered an apparent heart attack 5.5 miles into the race and died.

Witnesses described that shortly after 8AM, Shay seemed to fall during the course near the Central Park Boathouse. One said, "He fell slowly, as though he had a muscle strain, and tried to balance himself but couldn't get up and just went down."

The NYC Marathon's medical director Dr. Lewis Maharam said that Shay received immediate attention after collapsing and that an EMT giving CPR within minutes. The Post reports that the emergency crew was "slowed by the event's pedestrian traffic" and that Shay was taken to Lenox Hill Hospital at 8:23AM (18 minutes after the police first received the call) . He was pronounced dead at the hospital.

An autopsy is scheduled for today, but Shay's father revealed that Ryan was diagnosed with an enlarged heart at age 14. Joe Shay told the Times, “You always think, why didn’t we see this coming? Ryan never complained about anything. He said everything like that was an excuse for lack of preparation.” In 2004, doctors told Shay he had "Adrenal Fatigue Syndrome - severe total-body fatigue" - after which he took a brief break from running.

Shay met his wife, Alicia Craig, at the 2005 NYC Marathon. Shay's training partner, 2004 Olympic silver medalist Meg Keflezighi, said, "I thought today would be the day he'd make a major breakthrough. He likes it windy and he likes tough conditions. This was supposed to be his day. He was a great friend."

Shay won the NCAA 10K championship in 2001 for Notre Dame; the school observed a moment of silence for Shay during its football game against the Navy. The Daily News and Times also have articles about how the running community is extremely shocked and upset. Manhattan College assistant track coach Sara Vergote told the News, "You aren't talking about some 250-pound guy trying to run 26 miles. You are talking about one of the most fit 130 guys in the country. This was Ryan's life. For an elite runner to die during a marathon is unheard of."

And today is the ING NYC Marathon. No doubt Shay's death will be considered by the runners; the New York Road Runners Club president Mary Wittenberg says runners will have extra inspiration today.